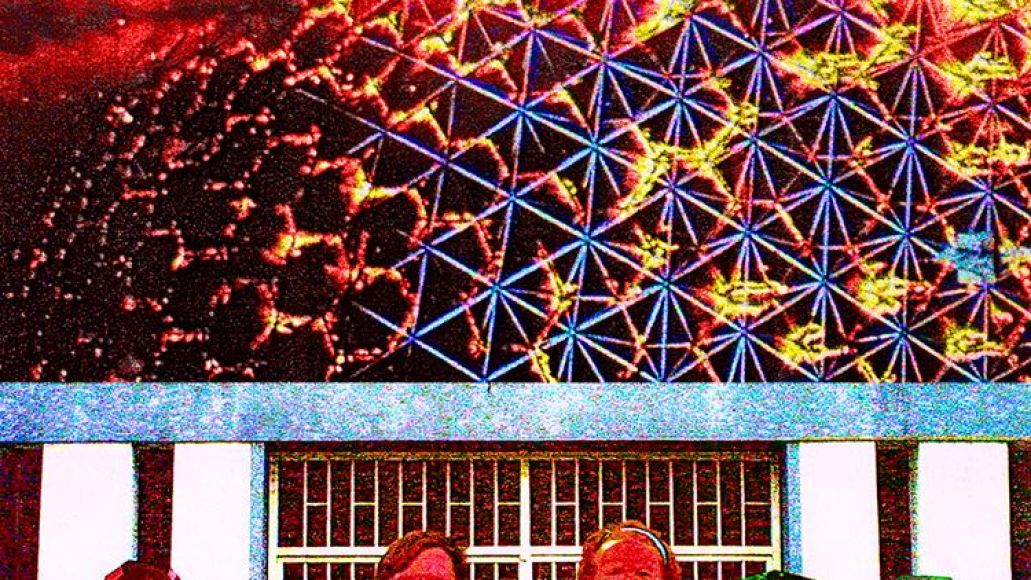 Just when you thought this year couldn’t get any bigger, Arcade Fire went ahead and announced their return. Win Butler, Régine Chassagne, and the rest of the Montreal collective will return on October 29th with their fourth studio album, the follow-up to their Top Star-earning and Grammy Award-winning album, The Suburbs. The news was revealed on the band’s Twitter account in response to a fan who tweeted, “you’re my favorite.” It was accompanied by the image you see above.

Update: As the band’s Facebook page points out, “the structure burning in the band photo is the Montreal Biosphere, which incidentally caught fire on May 20th, 1976.”

According to reports, the album was recorded in multiple locations over the last year, including at New York’s DFA Studios alongside former LCD Soundsystem frontman James Murphy.

“I think it’s going to be a really great record, actually,” Murphy told Rolling Stone. “I’m eager to see it come out.”

In December, the band previewed new material during a private concert at Breakglass Studio in Montreal. The new songs were described as “dance-y and groovy,” with themes “rooted in the mid-19th century and African American history in the US.”