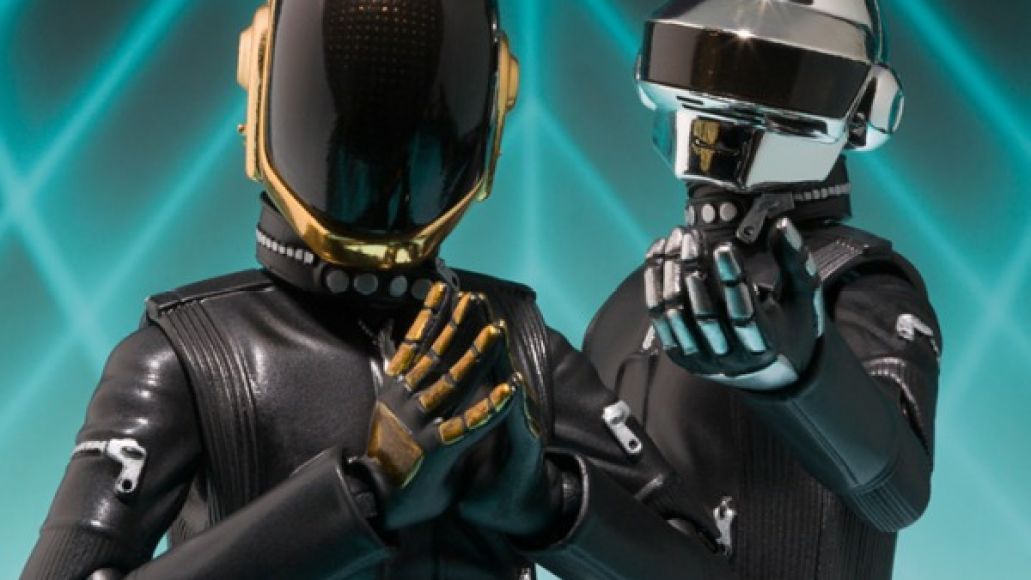 With the release of their comeback album Random Access Memories, Daft Punk have all but permeated our culture. They’ve topped charts and adorned racecars; their songs have been covered by everyone from The Roots to Wilco to our Commander in Chief; they helped Kanye West get his house groove on; and they’ve even managed to piss off our most beloved Britpop star and Dutch DJ. Later this year, their influence will make its way into children’s bedrooms everywhere (nothing wrong with that…) with the release of a brand new line of action figures. (The duo previously received the honor for a line of Japanese Tron dolls.)

Created by Bandai and Japan’s S.H. Figuarts, the six-inch figures were designed under the direct supervision of Daft Punk themselves. According to a product description (via Exclaim), the figures, which feature the duo’s latest attire from RAM, were “crafted with meticulous attention to detail — [the] helmet area employs a shiny metallic finish and clear parts for enhanced realism.” And if you’re looking to do some karate chopping action, the figures feature “advanced S.H. Figuarts articulation and seven sets of left/right interchangeable hand parts for recreation of dynamic posing.” Check out more photos of the figures in a gallery here.

The figures will hit shelves on December 27th in North America and will be sold separately, because everyone should have to finally choose Team Bangalter or Team de Homem-Christo. Pre-orders are available now (snag Thomas here and Guy here).

Just for funsies, here’s some ideas for what you can do with your Daft Punk figures:

–Make them entertain a group of battle-hardened G.I. Joes at a USO performance

–Set them up with Barbie and her younger sister Skipper

–Use them as visual aids for a sexual education class

Daft Punk (action figures) are playing at my house, my house