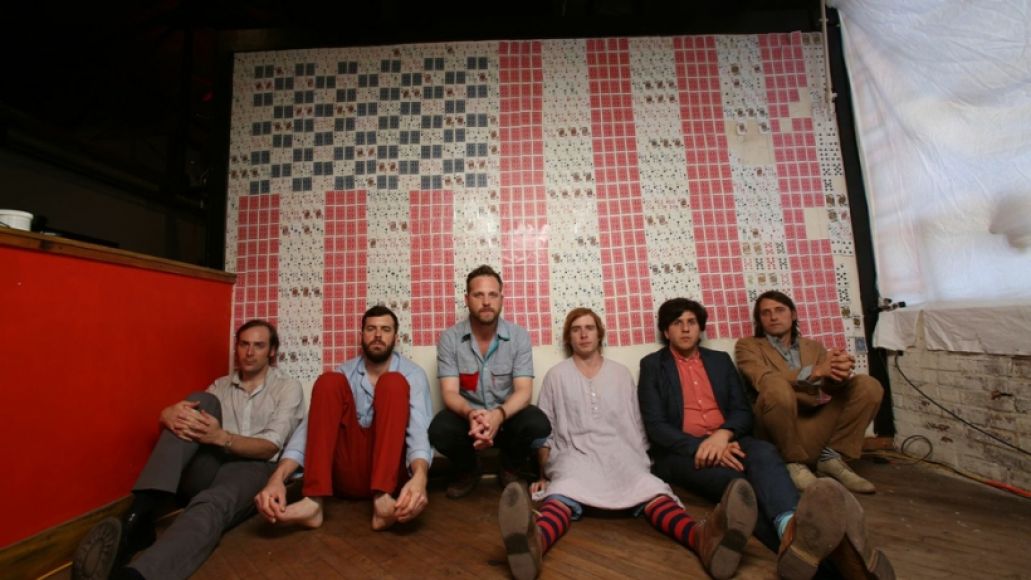 Philly psych-rock crew Dr. Dog will release their eighth studio album, B-Room, on October 1st via Anti-. The follow-up to last year’s Be The Void saw the band move out of their long-standing Meth Beach studio and into a new recording space, which was converted from an old silversmith mill.

With construction of their new digs taking away from time normally reserved for demoing, the band took a new approach, recording much of the album live. And in another first, the entire band worked closely together in the songwriting process.

“I used to think that all I needed was a track recorder and a bunch of instruments in a room,” singer-guitarist Scott McMicken said in a statement. “Now I realize that I’m useless by myself.”

For a taste of what they’ve built, the band has released “The Truth”. The live take approach has stripped the band to their core, removing a lot of the psychedelic pomp and circumstance to leave only the soulful swagger of warmly vibrating organ, methodical guitar work, and McMicken’s world-weary harmonies. And while the lyricism is distinctly abstract (“The truth don’t stop/Thunder and lightning”), that revelation, mixed with the track’s Creedence-meets-Motown vibe, indicates a band open to whatever the world may toss their way.