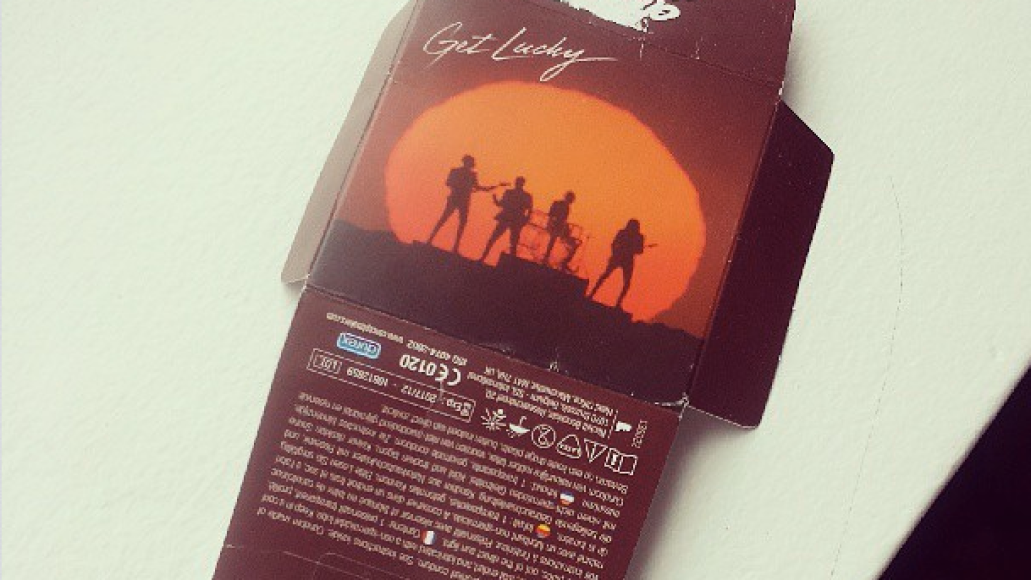 To the Daft Punk fan who manages to make use of all their recent merchandise at the same time, well — you’re in for an incredibly strange sexual encounter. The Robots already have their own line of Coca-Cola and set of action figures; now, they’ve received their own brand of Durex condoms. No, really.

As NME points out, a number of DJs have received the special edition condom, which naturally includes the artwork to Daft Punk’s hit single, “Get Lucky”. Up above is a photo Diplo posted on Instagram with the caption, “Thank god I had those daft punk condoms last night.”

Now, wouldn’t it be cool if Durex could draw inspiration from those musical greeting cards and have “Get Lucky” play once the packaging is opened? #freeadvice

"Get Lucky" with Daft Punk condoms