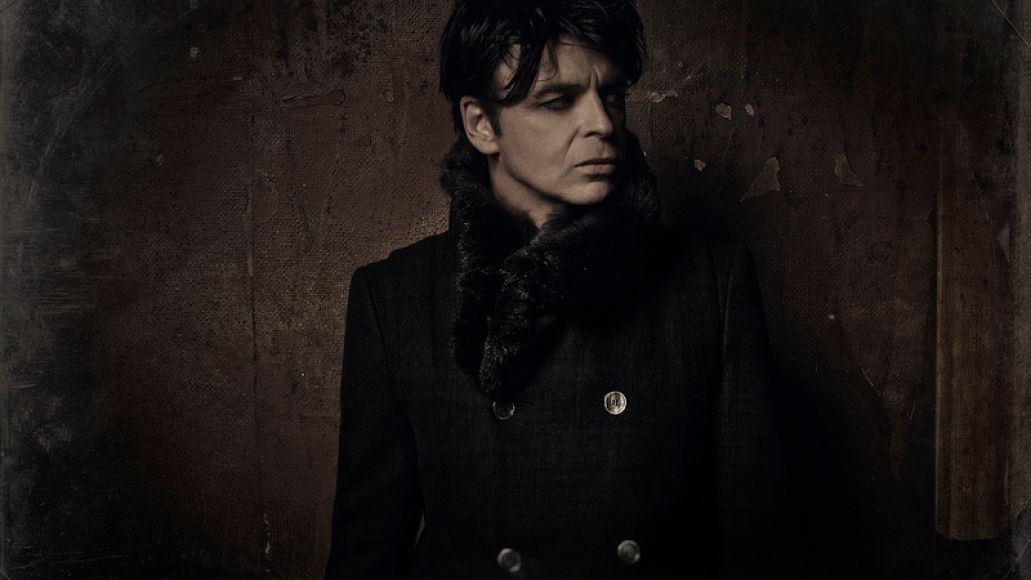 Electro pioneer Gary Numan will return with his first album of original material in seven years, Splinter (Songs From A Broken Mind), on October 15th via his own Machine Music label. It marks the proper follow-up to 2006’s Jagged as Numan’s 2011 release, Dead Son Rising, was comprised of rehashed demos.

The album was recorded in Numan’s home studio in Los Angeles with producer Ade Fenton, and features contributions from Nine Inch Nails guitarist Robin Finck. According to a press release, the 12-track album is full of “classic Numan melodies and vocal delivery,” referencing industrial and Arabian influences alongside his most personal lyrics to date.

Numan first announced plans for Splinter shortly after the release of Jagged in 2006. But after bouts with writer’s block and severe depression, not to mention the birth of three daughters, he put the album on hold. Thanks to a recent uptick in activity, including opening up for Nine Inch Nails for a string of tour U.S. dates and collaborating with Battles on the Gloss Drop track “My Machines”, Numan found the creative spark necessary to finish writing and recording the album earlier this year. Numan spoke extensively with Stereogum about the album’s arduous recording process.

As the lead single, Numan’s release album opener “I Am Dust”. No doubt mirroring the emotional storm Numan’s weathered, the track begins with the malevolent shrieks of mangled drums and synth, eventually reaching levels comparable to the roar of some ancient leviathan. But amid all the darkness, Numan’s haunted wail breaks through, sounding as fresh and resilient as ever even as the maelstrom threatens to swallow him. It’s just another reminder that despite his up’s and down’s of the last half-plus-decade, Numan won’t go down without a fight.

In support of the album, Numan will tour across the U.S. throughout the fall, including two dates supporting NIN and gigs at Bumbershoot and Mountain Oasis. Consult the full schedule below.