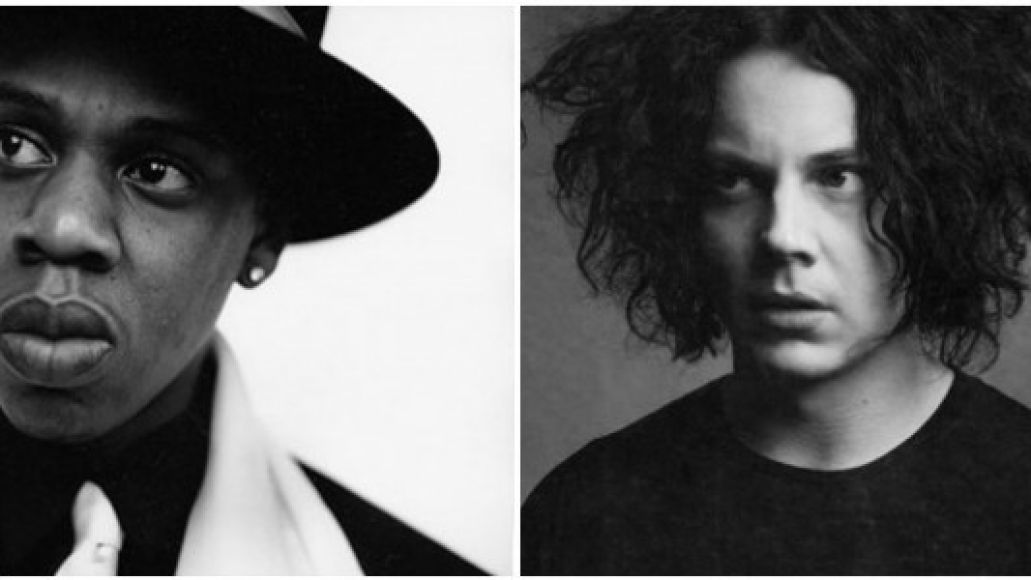 As Jay-Z revealed on Twitter earlier this week, he has teamed with Jack White for a special vinyl release. Today, White’s Third Man Records confirmed that it has “something very special planned” for the vinyl edition of HOV’s Magna Carta Holy Grail. What’s more, the rapper’s song “Open Letter” will be “featured as a vinyl exclusive.”

According to Third Man, additional details will be revealed in the coming weeks. However, Jay-Z seemed to let the cat out of the bag during a recent interview with Hot 97, telling Angie Martinez that “Open Letter” will be available as a “playable letter.” He explained, “It’s in a letter… you can play the letter… it’s amazing. You open the letter, and you can actually play the card.”

Jay-Z and White’s history dates back several years when reports surfaced of a collaborative track called “Ray Bans” that has yet to see release. Earlier this year, the two partnered for the vinyl release of The Great Gatsby soundtrack, for which Jay-Z served as executive producer.

In light of the news, the latest episode of Rock It Out! Blog asked which rap-rock collaboration you most desire. Watch the episode below.