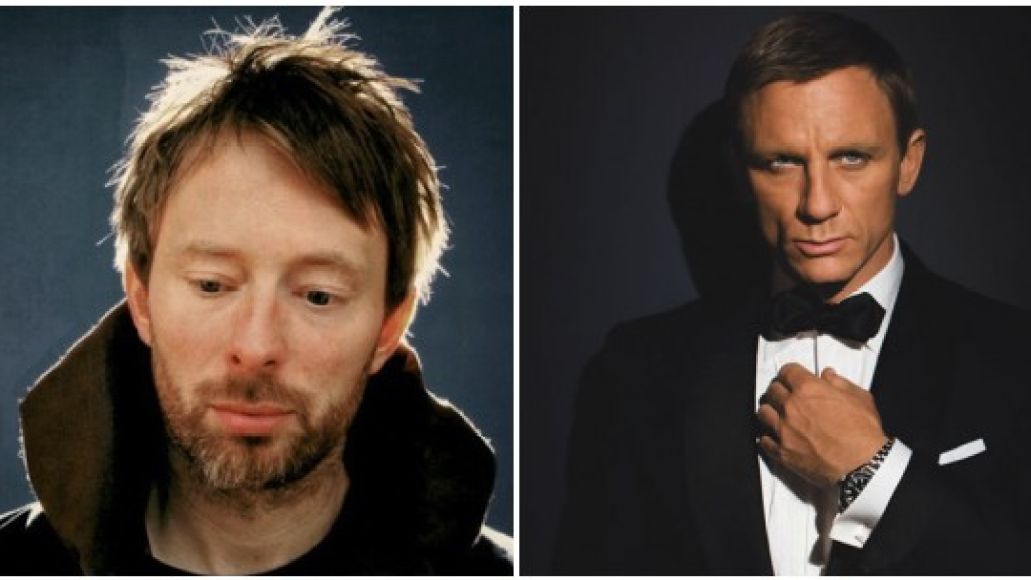 Interview Magazine has published a new interview with Radiohead/Atoms For Peace frontman Thom Yorke, conducted by another famous British institution: Daniel Craig, a.k.a. James Bond. The two discussed an array of topics, ranging from Radiohead’s early years (he stole Jonny Greenwood away from his brother’s band) to the challenges he’s experienced with Atoms For Peace (“people don’t really know who we are. It’s been a weird build-up because in calling it not me.“)

Asked about the immediate future for Radiohead, Yorke said:

“God, I so wish I had a plan. [laughs] The only plan that we’ve had recently was to take a year off, which was something that Ed [O’Brien] wanted to do. Ed wanted to go live somewhere else and switch off…

“They’re all doing bits and bobs. Jonny has his film stuff as usual, which he really enjoys. Phil [Selway] is doing a record. I just can’t ever stop. Even if I stop, I’m very excited about the idea of someone saying to me, “How about you go do something for a few weeks?” Even if it’s only for a couple of days, it’s like, “Yeah, great,” because there’s always this mountain of unfinished chords and ideas and words. It’s always exciting because if everything else is going to shit, I’ve always got that.”

Yorke also discussed politics, coping with massive fame, and how he’s not influenced by Queen’s Brian May, despite what Wikipedia says. Another interesting factoid: James Bond strictly listens to vinyl (“I went and got myself a decent record player and started buying all this vinyl. It’s funny listening to an album again from beginning to end, where you get up, turn it over. I think I tend to listen to less music that way, but when I do, I listen both more intently and more intensely.”) Amazing.