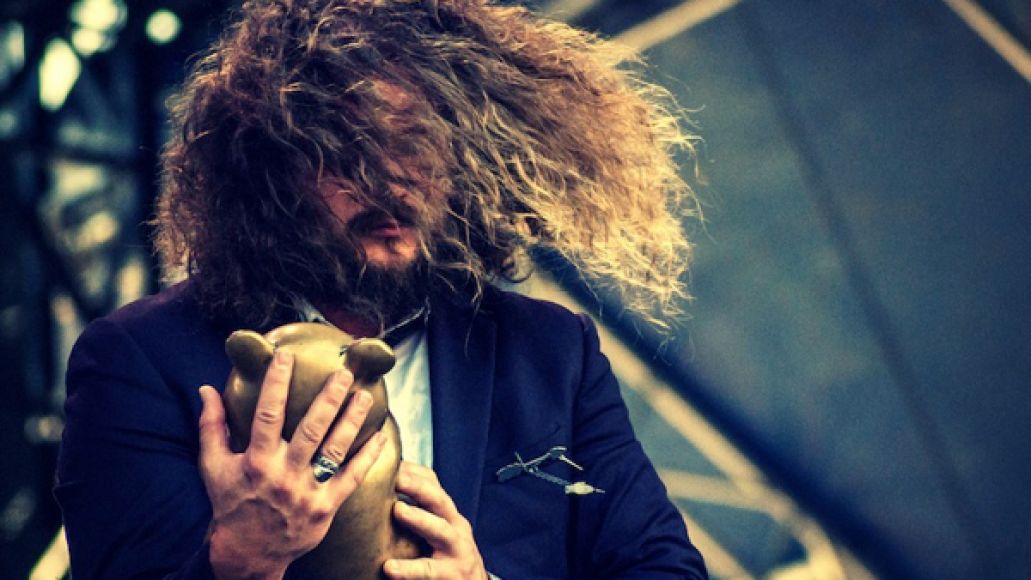 Here’s an incomplete list of things Jim James has done this year: released his debut solo album, Regions of Light and Sound of God; put together one of the most epic Super Jams in Bonnaroo history; remixed Bob Marley; jammed with The Roots; and shared the stage with Bob Dylan and Jeff Tweedy. (He also - ahplugem – sat down for a CoS Cover Story). The man is making a run for busiest act around, and with a new string of September tour dates, he’s showing no signs of slowing.

James’ latest leg of U.S. tour dates runs the early part of September, culminating with an appearance at the Telluride Blues & Brews Festival in Colorado. Check out the docket below.

Relive James’ recent performance of “State of the Art (A.E.I.O.U.)” on Letterman: