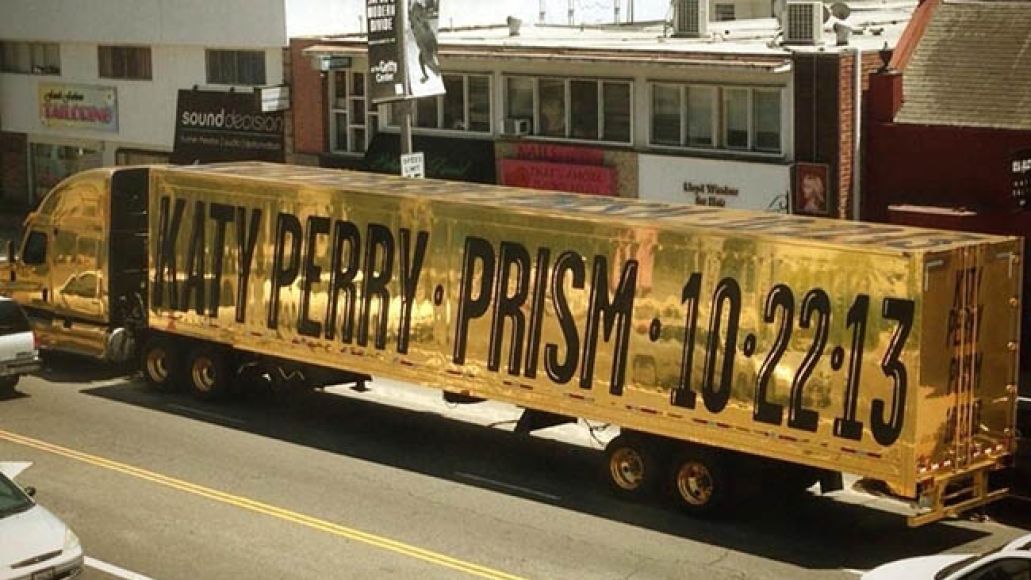 While press releases and album trailers are effective, Katy Perry went a different route (literally) to announce her upcoming fourth studio album. She plastered “Katy Perry – Prism – 10-22-13″ on a gold semi-truck that drove through Los Angeles all throughout Monday afternoon. It may seem like an overly outrageous move, but consider that Perry once previously busted out a whip cream-shooting brassiere.

“Find the #PRISM semi, take a picture and I’ll RT you,” she promised on Twitter (the above image is thanks to Adam Lambert of all people). “Don’t worry, Los Angeles is just the first stop on the map.”

Back in April, Perry told Billboard she was halfway through her Teenage Dream follow-up, working with producers Max Martin, Dr. Luke, and Greg Wells.

Can’t wait until October? Catch Perry in another color when she hits the silver screen as Smurfette in The Smurfs 2, due out in theaters this Wednesday, July 31st. What’s more, she also provided back-up vocals for Britney Spears’ end credits theme.