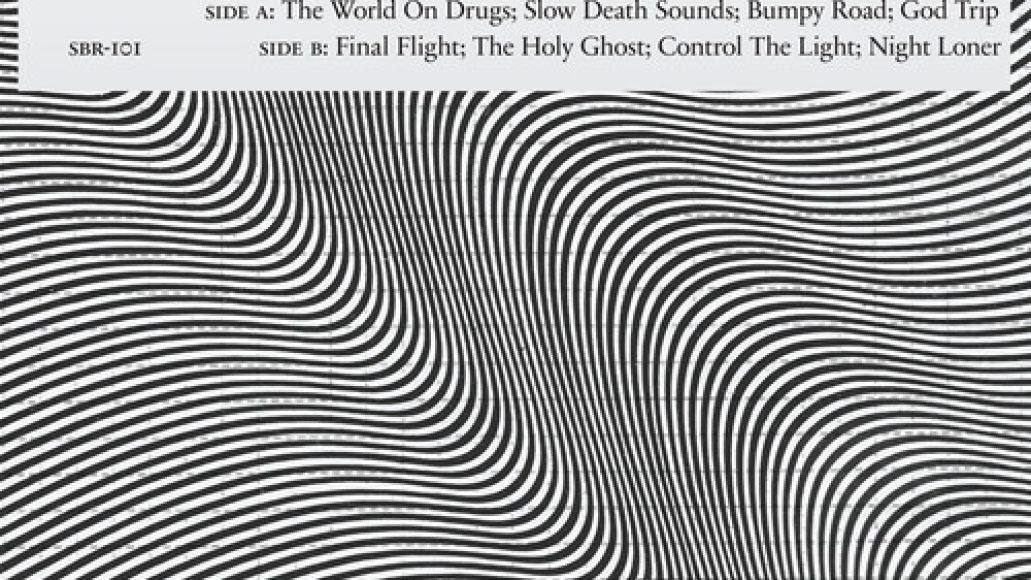 Back in May, Tempe, AZ’s Destruction Unit pulverized our Top MP3s of the Week with “Sonic Pearl”, an unrelenting and oppressive blend of noise-rock that’s as hot as the mid-noon sun of their hometown. But as a fellow resident, I’m more than aware of not only the heat, but the general air of nihilism that permeates: maybe it’s the overwhelming cultural domination of sports and/or ASU, or just a proximity to the sketchier parts of Mesa, but it’s easy to feel angry and isolated in this city. And while I can’t say for certain if the band feels similarly, or if they champion the city of maroon and gold, those sentiments are evident on the band’s new single, “The World on Drugs”.

At its core, the single is a slice of lo-fi punk, with frontman Ryan Rosseau’s slacker-Elvis croon buried under a black sea of snarling guitars and frantic drum work. But where the song becomes especially violent and lethal is in the build. It’s a profound bit of aural angst and a mighty declaration from the band, one that says, “We want to watch the world crack under our boot heels.” How’s that for a fight song, Sun Devils?

“The World on Drugs” is the lead single from the band’s latest album, Deep Trip, due out August 20th via Sacred Bones. The eight-track effort was recorded at NY’s Vacation Island by The Men’s Ben Greenberg. (The band’s Two Strong Hits 7″ is due out July 16th via Suicide Squeeze Records).

In support of both efforts, the band will be on tour in the U.S. and Europe this summer/fall. Consult their full schedule below.

Listen to Destruction Unit's new single, "The World on Drugs"