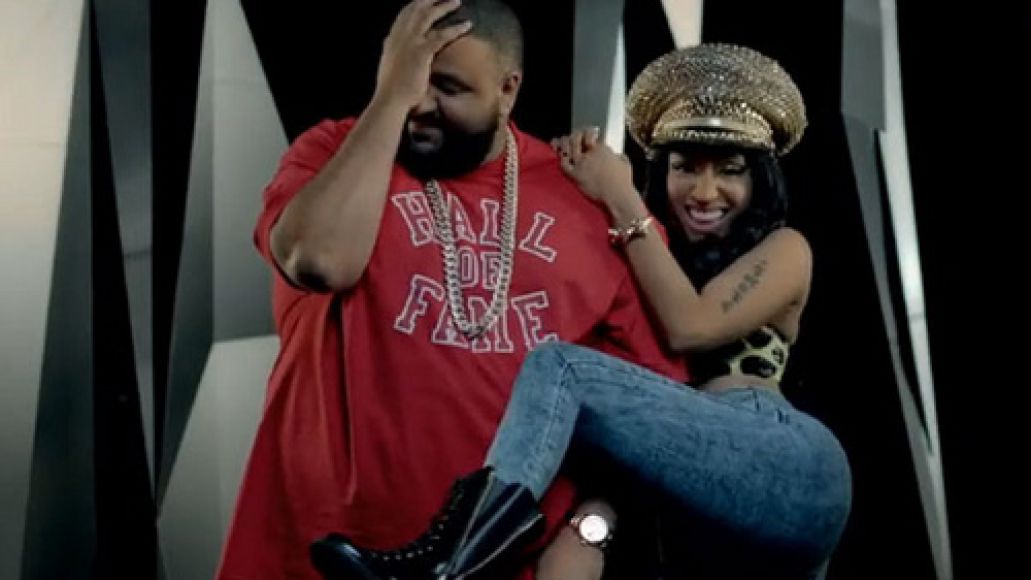 Last week, seemingly out of the blue, DJ Khaled released a video proposing to Nicki Minaj (had they hidden their love affair all this time ala Janet Jackson and René Elizondo?!). And while this writer was already picking out a wedding gift (leaning toward the toaster oven), the whole heartfelt moment has turned out to be a promotional tactic for the release of his latest single “I Wanna Be With You”, which also features Rick Ross and Future. Listen in below (via Funkmaster Flex). Meanwhile, I’ll be in the corner trying to figure out if I can ever believe in love again.

“I Wanna Be With You” is the second single off Khaled’s forthcoming LP, Suffering From Success, due out September 17th via Def Jam. The single follows “No New Friends”, featuring Drake, Lil Wayne, and Ross.

Listen to DJ Khaled's "I Wanna Be With You feat. Nicki Minaj, Rick Ross, and Future