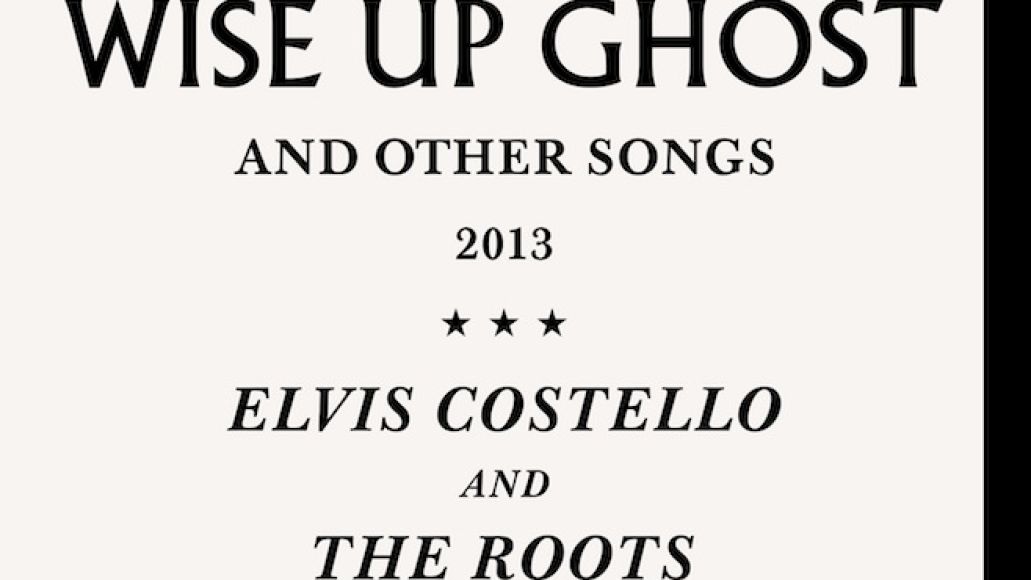 Elvis Costello and The Roots have released “Walk Us Uptown”, the first track off their collaborative album, Wise Up Ghost, due out September 17 via Blue Note Records.

The song is a somewhat surprising amalgamation of both acts’ distinct sensibilities. Costello’s jaded croon and cynical lyricism (“Or swallow the Earth/Pouring into your mouth/As they bury us upright/saying ‘Everything’s alright'”) are a clear return to his This Year’s Model glory days. Meanwhile, Questlove and Co. eschew their more melodic, laid-back tendencies for a sound that mixes the soulful swing of jazz horns and muted guitar with more menacing emotional undertones.

Watch the accompanying lyric video below. It sure beats spending the morning being stuck on Royal Baby Watch.

That’s the album’s cover art above, which references the City Lights Pocket Poets Series and the cover of Allen Ginsberg’s Howl.

Listen to Elvis Costello and The Roots' "Walk Us Uptown"