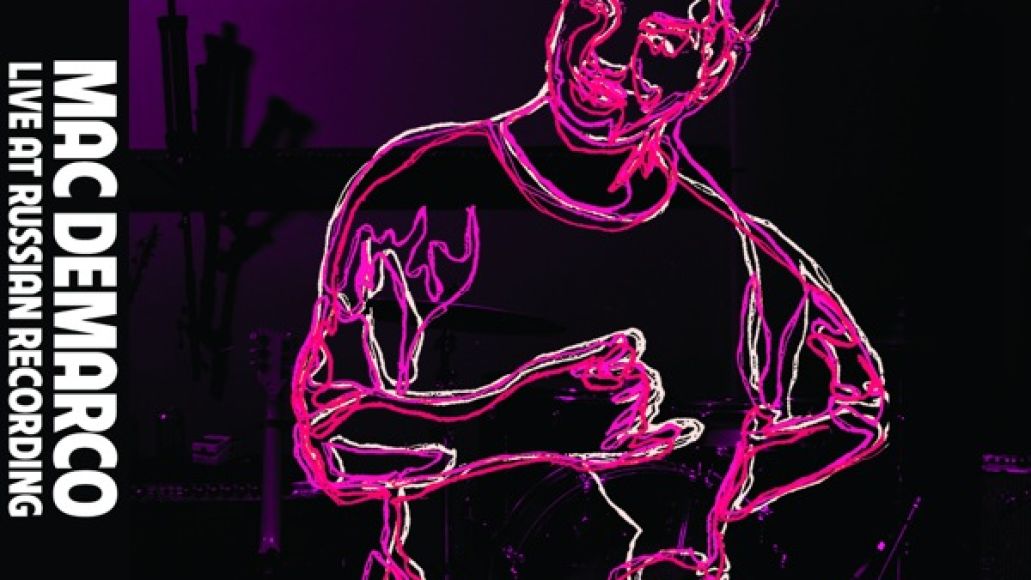 When Mac DeMarco covers a song, he keeps it as sloppy and spirited as your Uncle Jeff does for Christmas. (Take his version of Weezer’s “The Sweater Song” as proof.) And as we learned last weekend at Pitchfork, DeMarco likes to close his sets with a madcap medley of such covers, splicing up snippets of songs a la The Police’s “Message in a Bottle”, Neil Young’s “Unknown Legend”, Limp Bizkit’s “Break Something”, Bachman-Turner Overdrive’ “Takin’ Care of Business”, and even Metallica’s “Enter Sandman”.

At a recent gig at Bloomington, IN’s Russian Recording, DeMarco pulled out a string of renditions, and by luck some genius recorded the whole thing. You can hear the medley at the end of a set that also featured cuts from DeMarco’s first two records and a complete cover of Eric Clapton’s “Cocaine”. Take a listen below, and/or buy a cassette limited to just 200 copies on Jurassic Pop’s Bandcamp. (via Spin)