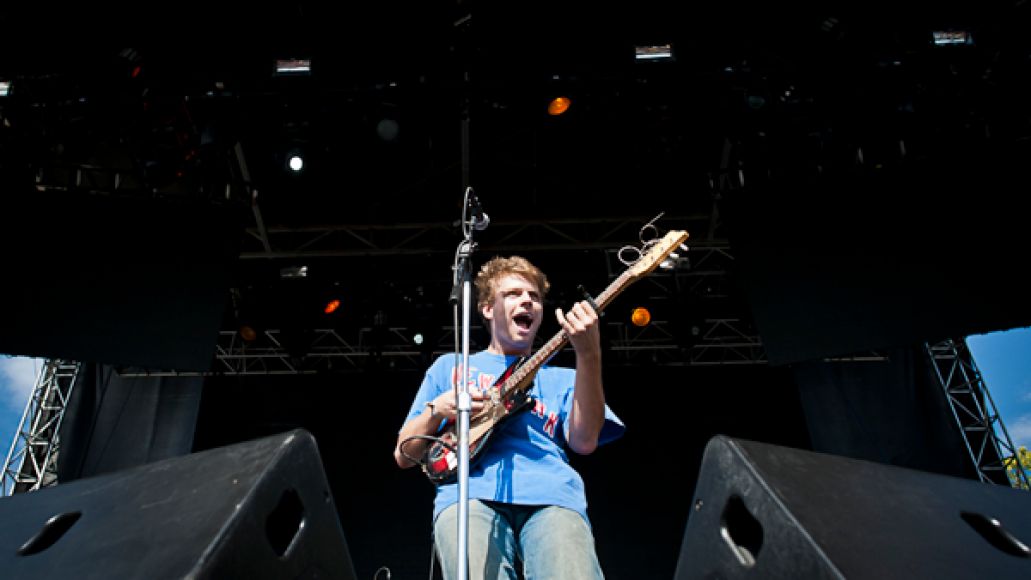 Moving away from his recent obsession with wacky covers, Canadian rocker Mac DeMarco’s released a new song entitled “Young Blood”, the latest from Adult Swim’s 2013 Singles Program. Going for more of a rockabilly spin to his usual blend of simple, grimy rock and roll, DeMarco manages to sound sensual with lines like “Youngblood, baby, let’s get back on the ice for just one more night” and keep his weirdo cred intact by doing an impression of a sportscaster (?). It’s no cover of Limp Bizkit’s “Break Stuff”, but it’s damn fine rock and roll. Listen in below (via Interview).

“My friend Jon Lent visited me in Montreal last summer, my apartment was very hot, so we went to Walmart and bought two fans,” DeMarco explained. “To celebrate cooling down, we ordered a pepperoni pizza and watched the movie Youngblood with Patrick Swayze and Rob Lowe. Sometime after the movie finished, we flipped on the four-track, and the song came out.”

Adult Swim’s Singles Program has already included new songs from Dan Deacon, El-P and Killer Mike, METZ, Madlib and Freddie Gibbs, Autre Ne Veut, and Kitty. Over the next seven weeks, also be on the lookout for music from Miguel, Marnie Stern, and Pig Destroyer, along with Captain Murphy, AKA Flying Lotus, and Viktor Vaughn, AKA MF DOOM. Check out the remaining schedule below.