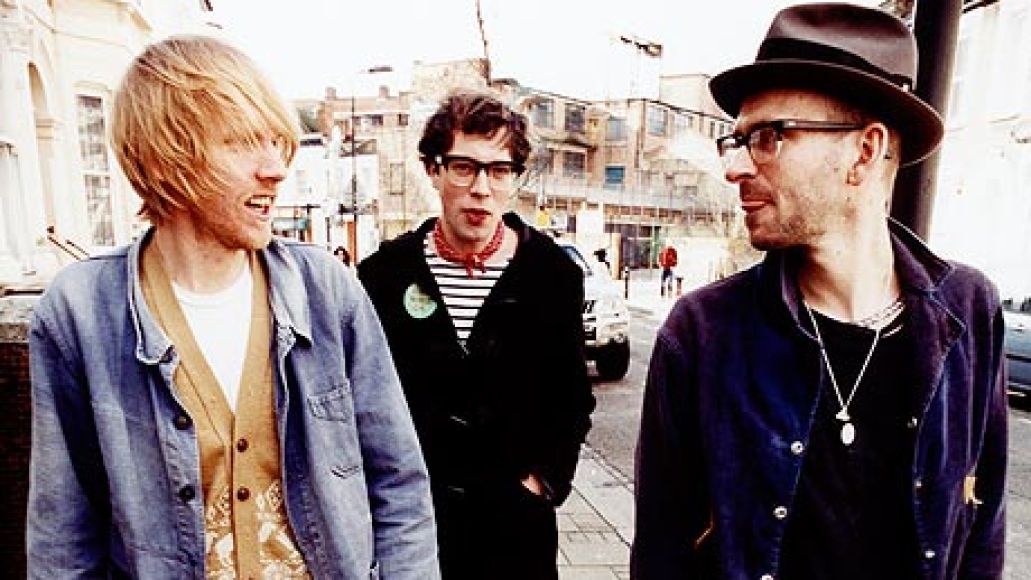 Following the release of 2011’s Endless Now, UK rockers Male Bonding stepped away from the spotlight, focusing their time instead on their burgeoning record label, Paradise Vendors, Inc. But in recent weeks, the trio has been randomly unveiling new singles.

The latest such effort is “The Itch”, featuring Rory Attwell (formerly of Bratwell Recordings and Test Icicles). Despite their time away, the band maintains its sense of youthful exuberance, forging a fuzzy blast of garage pop powered predominantly by the wall of strummy guitars and Atwell’s infectious “organ solo.” But in their return, they’ve also made room for a little maturity via extra-reflective lyrics (“Things I have done, things I have seen/ Still miss that buzz from being sixteen”). Listen in below.

The band’s other new singles include “That’s Your Lot” and “It’s Called Structure”.