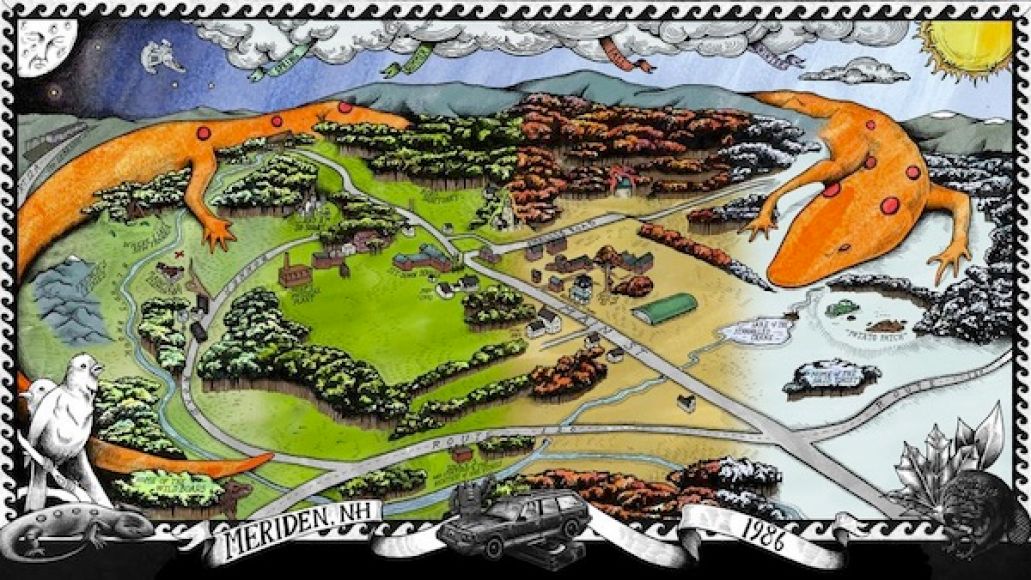 Okkervil River have unveiled “Down Down the Deep River”, the second single off their seventh studio album, The Silver Gymnasium (September 3rd via ATO Records). The life-affirming follow-up to “It Was My Season” is streaming now over at NPR.

Okkervil River and NPR have also teamed up to create an interactive map that depicts frontman Will Sheff’s hometown of Meriden, NH circa 1986, which serves as the setting and inspiration for The Silver Gymnasium.

“Users can digitally stroll by the ‘crappy’ strip mall where you’d buy a cool jean jacket, the church Will used to break into to play organ, the gas station where he rented Italian horror flicks on VHS, and more,” described a press release. Play along and explore the colorful application here.

Listen to Okkervil River's new song, "Down Down the Deep River"