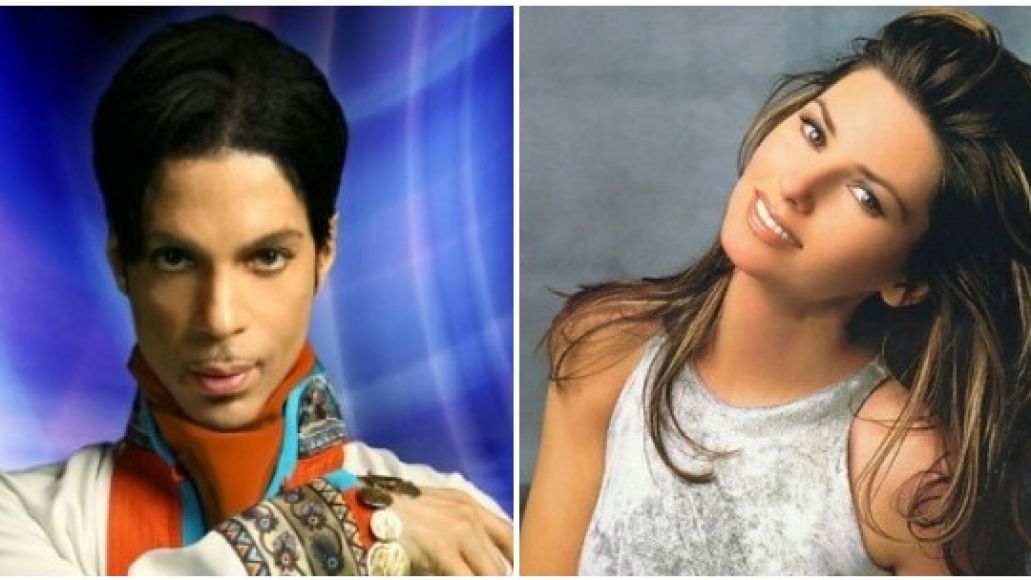 Back in ’98, Prince was cruising around downtown Minneapolis in his green Dodge Grand Caravan when Shania Twain’s “You’re Still the One” came on his favorite adult contemporary radio station. Instantly hooked by the Eb-Gm-Ab-Bb chord progression and heart-warming tale of the unlikely love between two music superstars, the Purple goblin hightailed it back to his compound, rang up Marva King, and with the song’s sweaty, bare-chested video playing in the background, he laid down his own version. Or, at least I think that’s how the story goes.

Anyways, comedian/writer Dan Chamberlain recently re-discovered Prince’s oddball cover and uploaded it to his Tumblr. The Internet has since expressed its gratitude with an Edible Arrangement.