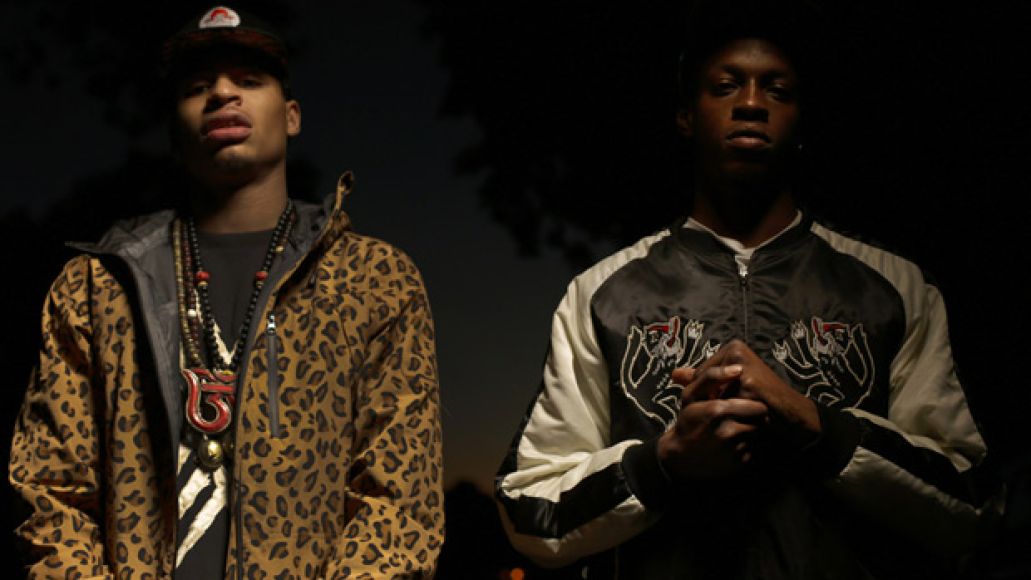 Aside from his own work as Captain Murphy, super producer Flying Lotus has some pretty impressive up and coming MCs signed to his Brainfeeder label. Among them are two Brooklyn rap upstarts named Issa Dash and AK, collectively known as The Underachievers. While they hail from the stomping ground as Joey Bada$$’s Pro Era crew and Flatbush Zombies, the duo’s intense, tag-team lyrical approach and pronounced interest in psychedelics (drugs and music) makes them a vastly different breed. Back in February, they dropped their debut mixtape, Indigoism, and in August they’ll return with a new Lex Luger-produced EP.

In the meantime, the pair have released a new single entitled “The Proclamation”. Sampling The Rolling Stones’ iconic “Gimme Shelter”, the duo use the hazy, slow-melting guitar psychedelics to display their ferocious and voracious rhyme skills. Gold’s rhymes anchor the duo’s transcendental sensibilities (“Get up on yo shit, switch up yo lane/ If lives aren’t going right then seek out change”). Meanwhile, AK’s lighting-quick delivery and acerbic wordplay help drive home their uber trippy vibe (“Why strive and Annotate rise like the holy Christ?/ Me in top five/ Popeye, straight from the green, that’s that pot-high”). Together, they’re the rap equivalent of doing a tab and riding through NYC at 3 a.m.

Listen to The Underachievers' new single, "The Proclamation"