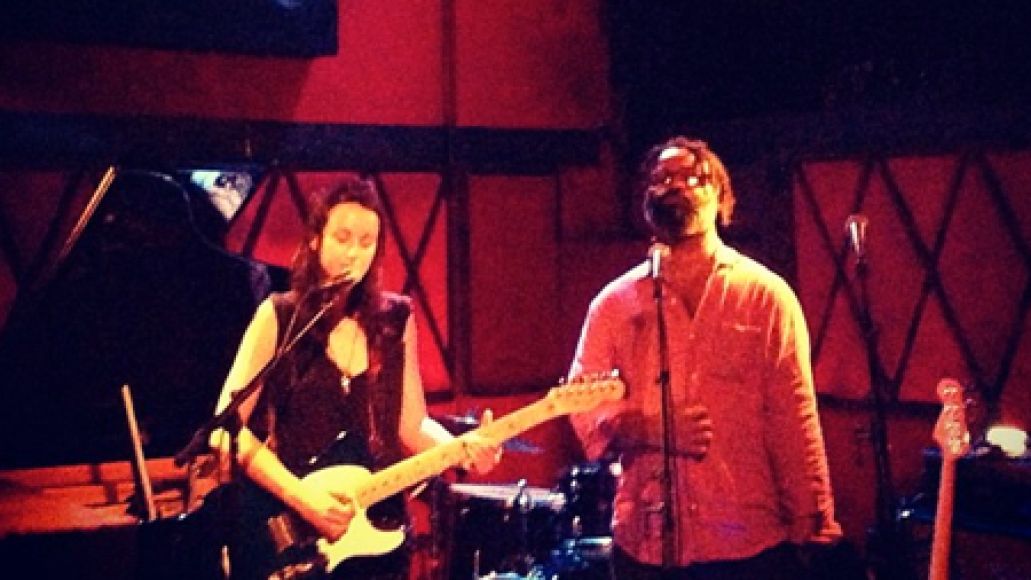 With Mercury in retrograde and the heat index surpassing 100 this scorching week, everyone has pretty much been reduced to a baked turtle. But that didn’t stop dozens of steamy, feverish turtles from packing themselves into New York’s Rockwood Music Hall hotbox Wednesday night to see Holly Miranda perform with her ever-changing lineup. Between Miranda and Timmy Mislock (of The Antlers) on electric guitars, plus a bassist, drummer, and two fine ladies repping the horn section, they were pretty cramped onstage too. The sweltering heat made things kind of miserable, but the ex-Jealous Girlfriends singer stayed cool with mellow opener “Waves” before testing the waters with eight new tunes from her upcoming album. Yes — Miranda announced last night that she and her compadres, (including TV On The Radio’s Dave Sitek), have finally finished recording her new full-length, although the release date is TBD.

It has been over three years since her last album The Magician’s Private Library so needless to say, Miranda has had plenty of time to develop as an artist and produce some new songs. We caught a few of these when she played at Glasslands back in June and decided we’d come back for more, but our interest in attending last night was further piqued when a little rumor started swirling around about a special guest appearance by Scarlett Johansson — which wasn’t that far-fetched, considering she and Miranda started playing together in the Go-Go’s-inspired all-girl band The One and Only Singles — but alas, cryptic Instagram and music blog posts got our foolhardy hopes up for nothing. 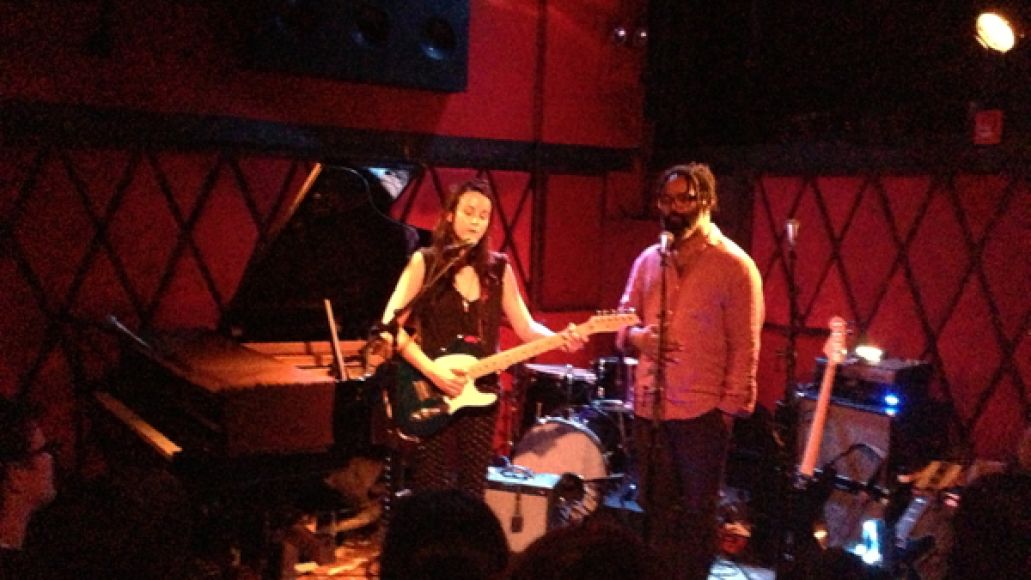 But even though ScarJo didn’t rear her pretty head, Kyp Malone (of TV on the Radio) and his great head of hair surprised us when he slid onstage to sing harmonies on “Everlasting” and “Slow Burn Treason”. Despite stellar acoustics during the rest of the set, the sound was a little wonky on the former, which interfered with whatever cool multi-part oohing and cooing thing he was singing, but hopefully whatever was supposed to happen will work out better next time because the huge descending outro was killer and a definite show highlight. That was fortunately the only sound snafu, following another show highlight: the tight duet between Miranda and singer/songwriter Ambrosia Parsley, whose seemingly contrived name doesn’t do justice to the spot on, perfectly blended harmony she added to “The Only One”, which settled into a feel as natural as Wilco and Feist on “You and I” — or maybe even The Corrs featuring Bono on “When the Stars Go Blue”. Remember that?!

All of this happened in the midst of several piano-led, melody-driven numbers that may have slowed things down just a little too much. Or maybe it was the heat. Even with a cold, crisp summer ale in hand, droplets of sweat were crawling down our backs at what seemed like the same pace as the show progression — a turtle’s pace. It probably was just the heat though, because songs like “Mark My Words” and “Everlasting” were arguably more accessible than some of her previous work, suggesting a shift towards soul-pop that will probably retain listeners’ attention regardless of tempo. Thankfully, a little uptempo dance-pop was worked into the set on “Whatever You Want” and “Pelican Rapids”, which utilized a drum machine and some very effective horn hits that enhanced the rhythm section even further. Those horn players could really toot — and they paid their dues on “Heavy Heart” and “Desert Call” especially, channeling the double sparkle of Lisa Simpson and Bill Clinton on some expressive trumpet and sax souloing that received the most applause of the night. 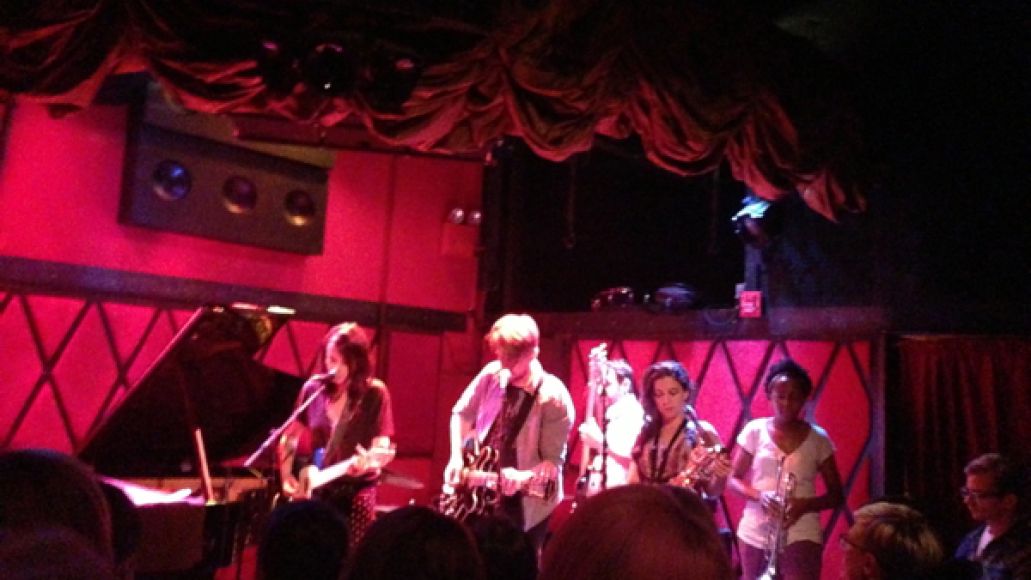 Things were really cooking by then, prompting Miranda to remark, “I’m a hot mess up here,” as she fanned out her top over her “Game of Thrones pants”. She was definitely hot(t) under those flaming stage lights — (Kate Moennig is a lucky lady) — but there was nothing messy about her performance. In fact, she impressed us all over again with her singing abilities, altering her delivery and tone from song to song and reminding us why we like to see her play whenever we can. Her vocal control is also a staggering rarity, yet something she refrains from showing off as much as she could. We will continue to sing her praises for her however, even though the set was a little draggier than ones we’ve caught in the past. Forget the heat-induced delirium and subpar set order — all of that can be forgiven with a veteran performer like Holly Miranda. Now if she could just make haste with that new album release, we’ll call things even.

The photos from the show were cooked inside Rockwood along with the turtles, but enjoy these shitty iPhone and Instagram pics instead, compliments of @frankenhoodie. #socialmedia