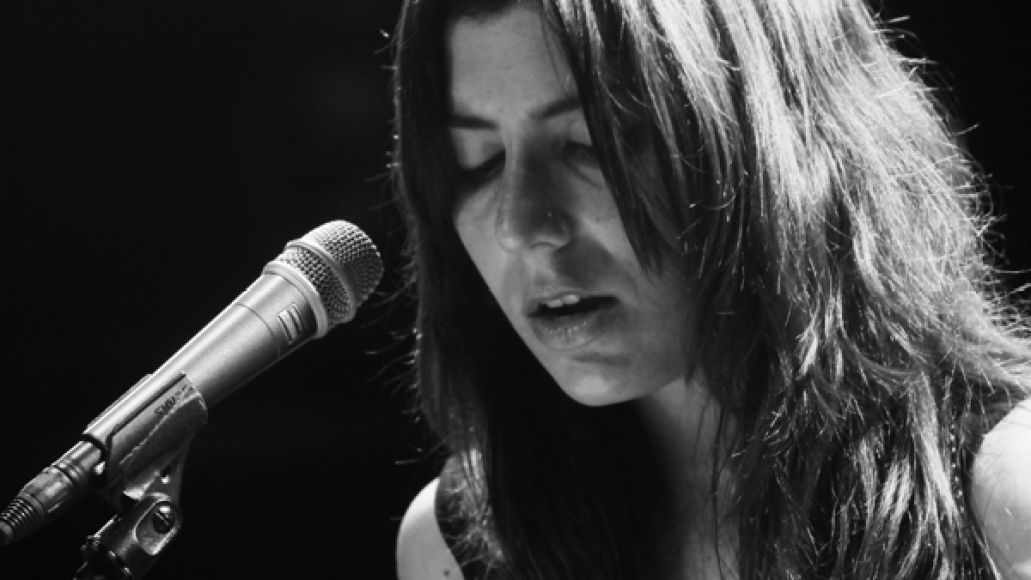 Julia Shammas Holter’s ascent from conservatory upstart toiling in relative obscurity to beloved art-pop visionary has been swift, to say the least.  It began more or less when she dropped the Shammas and began releasing music simply as Julia Holter.  Tragedy, from 2011, generated a fair amount of buzz and crept onto a few year-end lists, while last year’s Ekstasis proved to be Holter’s big, indie-level coming-out moment, turning heads at The New York Times and Pitchfork, among others, and striking year-end gold.

Tragedy and Ekstasis were boutique label releases (on Leaving and RVNG Intl., respectively), but Holter’s forthcoming Loud City Song — due August 19 on UK heavyweight Domino — has the potential to put the inventive artist in another league entirely.  The question is whether she would take her versatile, pitch-perfect voice and push it in decidedly more pop-ulist directions, something she’s hinted at on tracks like “Our Sorrows” and “In the Same Room”.  The recent singles “World” and “In the Green Wild”, however, cast doubt on this idea, and Holter’s transcendent performance at (Le) Poisson Rouge Friday night effectively kaputted any notion that her Domino output would represent anything other than the artist’s own idiosyncratic vision. 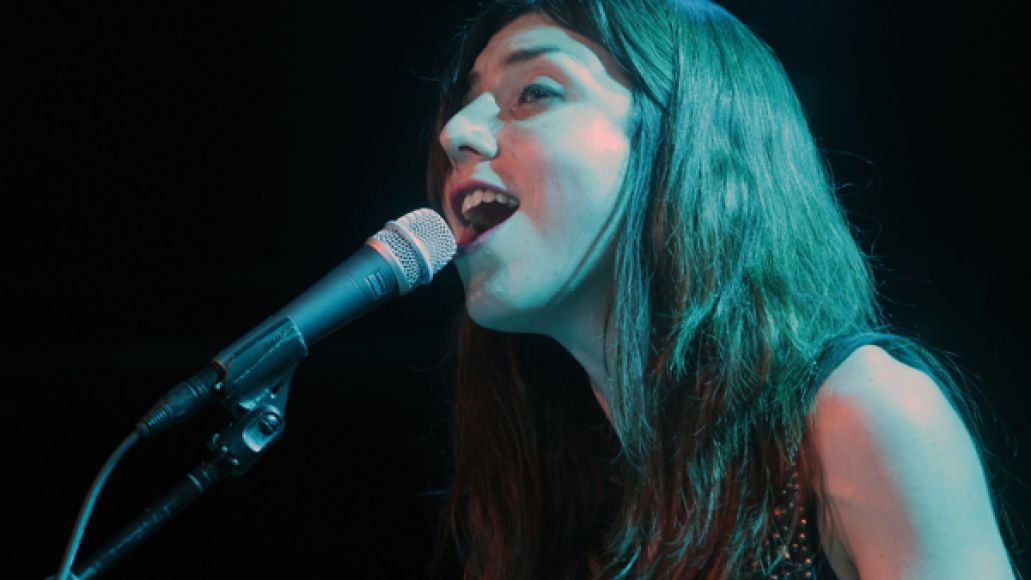 If the new material on display Friday was any indication, that vision has grown outward, scooping in the fringe sounds of avant-jazz, cabaret, and the art-song tradition. “World”, the first new track we heard, feels more like a poem setting than a song in the strict sense and concerns itself more with rests and color than rhythm and melody.  Accordingly, it demands a lot more of the listener than many of the iPod-toting, multitasking generation would be willing to give; tellingly, it’s the opening track on Loud City Song, setting the tone for a record that’s shaping up to be perhaps Holter’s most challenging and rewarding to date.

“Horns Surrounding Me” and “In the Green Wild” were significantly livelier numbers, making full use of Holter’s accomplished band of cello, violin, saxophone, and percussion.  The former plays out over a pulsing rhythm and adheres to a more traditional pop structure before ending abruptly and without resolution, while the latter is a restless, off-kilter thing of wonder. That song, “In The Green Wild”, has a slam poetry feel to it and features some of Holter’s most playful vocal work.  While often taciturn or distant when performing, here the singer betrayed an earthy delight with wide eyes and wider smiles. 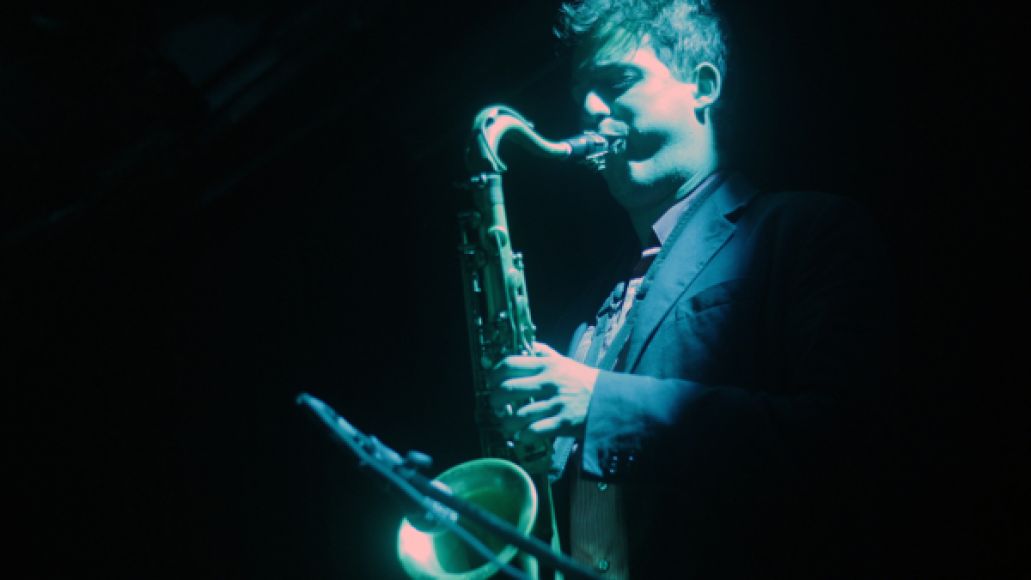 Plenty of older material found its way into the 80-minute set as well.  “Try To Make Yourself a Work of Art”, Holter explained, is about an “angry” goddess Aphrodite, and reinforced the tension and unease that’s a hallmark of many of the newer tracks.  “Goddess Eyes” and “Our Sorrows” sounded typically lovely, while the band seemed to struggle a bit with “Marienbad”, which came off disjointed at times — though with adventurous types like these, you can never quite tell if that’s an intended effect or not.

One would be hard-pressed to find a finer space for what Holter is doing than (Le) Poisson Rouge, also the site of her NYC debut late last winter.  Save for the clinking of dinner plates and glasses containing $14 cocktails, the audience treated the performer with reverent silence. Coupled with the immaculately conceived sound and lighting design (LPR is one of the few NYC venues that has an amazing rig and actually knows how to use it), the cards were stacked momentously in Holter’s favor, and that she delivered should come as no surprise to anyone who’s followed her trajectory over the past 18 months. 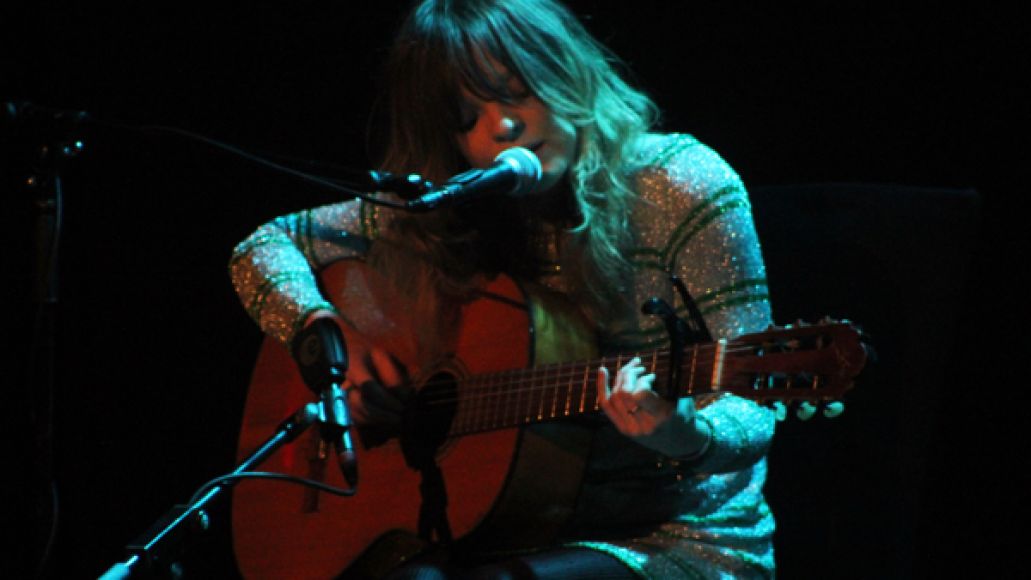 Opener Jessica Pratt was nothing short of mesmerizing, and perhaps the only thing more uncanny than her otherworldly singing and playing — which seemed beamed in from another era entirely — was how aw-shucks ordinary she came off between songs.  In a sign that there’s hope for humanity yet, Pratt too was blessed with the silent, attentive crowd she deserved and that her music so desperately needs to make its impression felt.  It’s encouraging to know that for some good folks out there, listening will always be a foregrounded activity. Here’s to mono-tasking.

Julia Holter Setlist:
This Is Ekstasis
World
Horns Surrounding Me
In the Green Wild
Marienbad
Four Gardens
Try To Make Yourself a Work of Art
He’s Running Through My Eyes
Maxim’s 2
This Is a True Heart
Goddess Eyes
Encore:
Our Sorrows