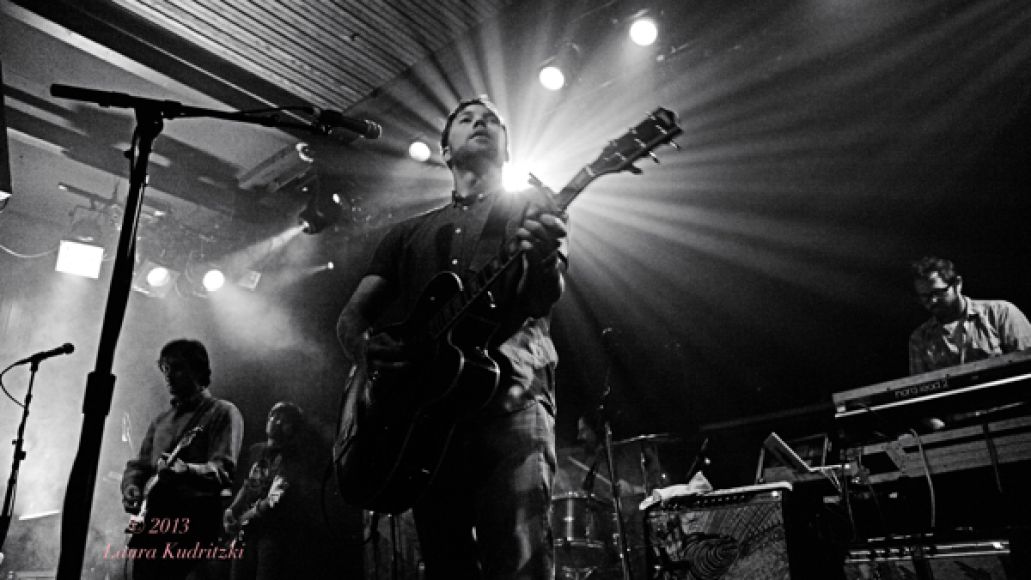 
When Hey Marseilles lead singer Matt Bishop launched into the night’s first song, I couldn’t help but feel like someone had trapped a young Colin Meloy’s voice in a time machine and sent it to the year 2013.

Bishop and Meloy share more than their pseudo-brogues in common – both of their bands hail from the Pacific Northwest and thrive on a sound that combines an orchestra of instruments with the simplicity of pop construction. Over the course of Hey Marseilles’s opening set, I became convinced that I was seeing a band well on their way to mainstream arrival.

While I confess that my aural appetite is a sucker for strings, the group tactfully melded their violia and cello into an infectious stomp of percussion and piano most boldly highlighted by the standout trumpet work of touring member Ahamefule Oluo. The band’s only fault may have been raising the bar too high for the night’s main act to follow. 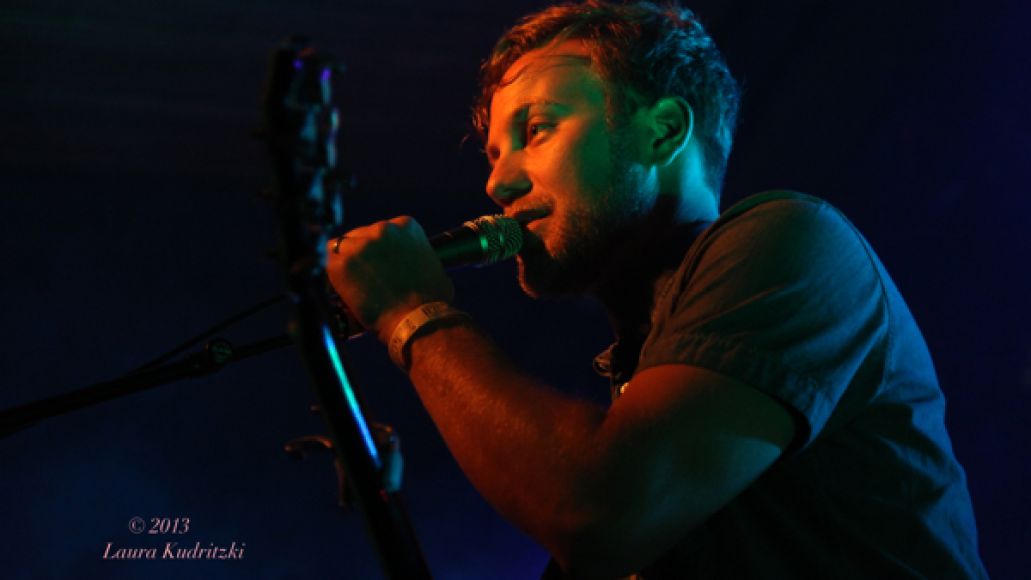 “It’s been so long!” gasped Rogue Wave frontman Zach Rogue two songs into their show at The Independent on Friday night.

He wasn’t wrong. Rogue Wave returned to their hometown Bay Area some three years after a hiatus that followed the group’s fourth album, Permalight. They came with a new album, Nightingale Floors, recently released, and a lead singer who’d spent a chunk of his downtime fronting side project Release the Sunbird.

The set skewed heavily in favor of the band’s latter three albums, a disappointment for someone who’s had Descended Like Vultures and Out of the Shadow on semi-permanent rotation since college. While Rogue Wave have always factored a bit of the somber into their bouncy cascade of guitars and harmonies, their latest offerings tone down these qualities in favor of a more mature approach. Taking in the band live on tour for their newest album, it’s fair to say that Zach Rogue does not benefit from the mute button being pushed. 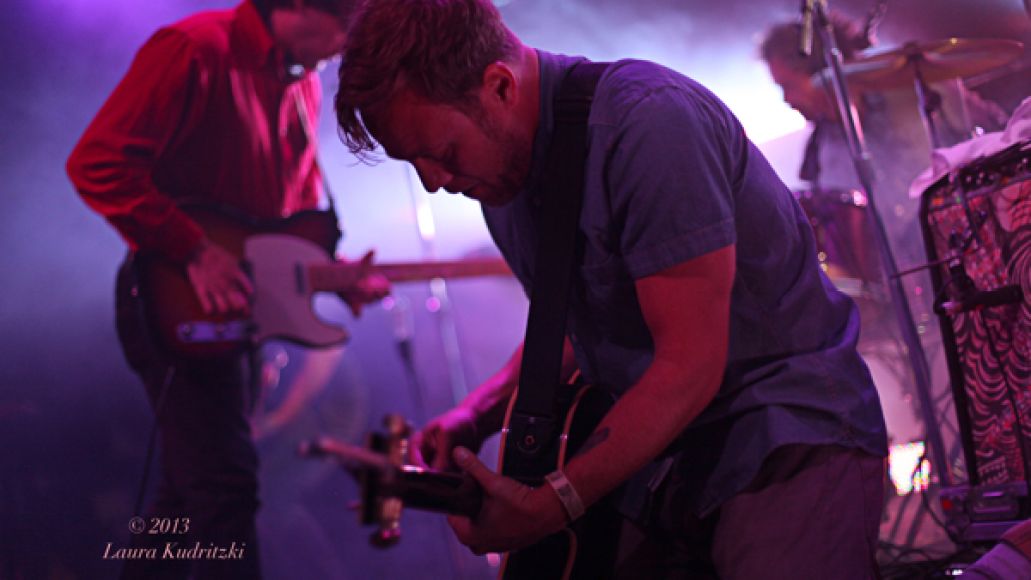 The crowd reacted best to the breakthrough songs from 2007’s Asleep at Heaven’s Gate, bopping along to “Chicago x 12” and “Lake Michigan” as the band’s primary set reached its end. While it only took two songs for Rogue to drop to his knees as he strummed through the bridge of “S(a)tan”, it was the melodic crescendo in one of Rogue Wave’s earlier hits that produced the night’s apex.

“Oh shit, here it comes!” yelled Rogue as the first breakdown in “Love’s Labor Lost” devolved into a chaotic surge of sound and yelps.

When it came time to return for the encore, Rogue emerged with a bouquet of sunflowers, strategically traversing the stage to ensure each flower found a deserving home. Fans near the stage appeared overwhelmed by the gesture, grasping their unexpected gifts as Rogue led the group into the first of three encore numbers.  This is Rogue Wave at its most basic: a loud band overwhelmed by its own heart.