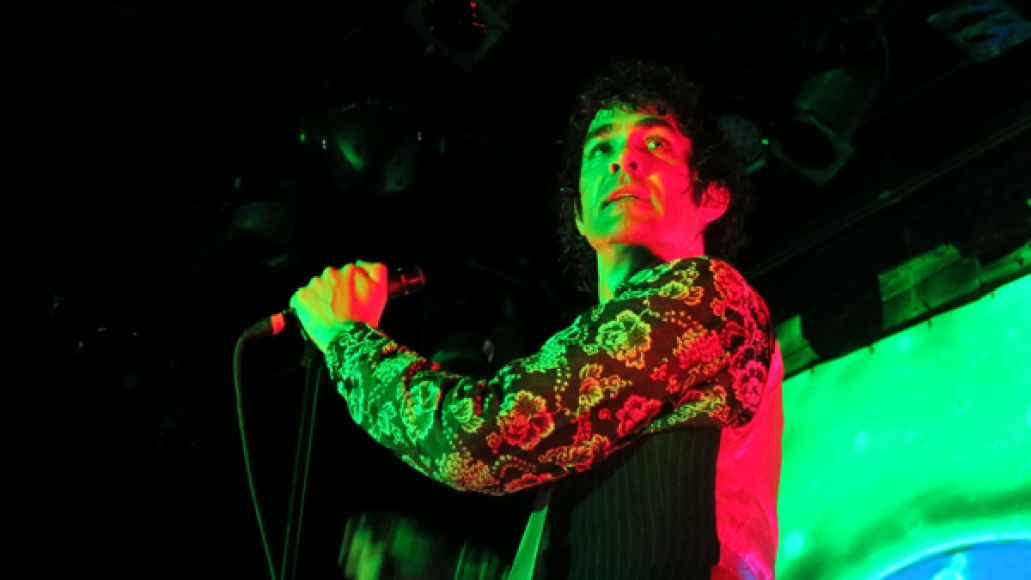 “Do you remember the 1990s?” Jon Spencer snarls midway through “Bag of Bones”, the supercharged second track from his latest album, 2012’s Meat + Bone. Given that it’s the Explosion’s first LP following an eight-year gap, it’s easy enough to twist that line into a punchline or snark: “Well, of course he remembers the ‘90s — he’s living in them.” But then comes “Do you remember the 1980s?” and “Do you remember the 1970s?” and you realize: despite its 1991 genesis, the Jon Spencer Blues was never really attached to any era outside of the literal sense. Nor was the band ever associated with a wider garage-rock revival movement, the way the White Stripes and the Strokes were. “Bag of Bones” sounds like it could have been recorded in 2012 or 1992 or 1979, because not all rock comebacks need to be reinventions. Having revved to life last year after an eight-year absence, the Jon Spencer Blues Explosion is simply resuming where it left off.

On Thursday night, as the band emerged with a stench of pot smoke at Brooklyn’s Music Hall of Williamsburg, I reveled in the band’s strange timelessness. Clad in black boots, tight leather trousers, and a striped vest — and already drenched in sweat — the dark-haired blues singer clutched his guitar and looked like he could have performed alongside Iggy and Bowie in the glam era, or have been a relic from a hair metal outfit. But the music summoned influences that precede both. Without a word to the crowd, Spencer plugged into his vintage amps and — nodding to his bandmates, guitarist Judah Bauer and drummer Russell Simins — launched into Extra Width’s blistering “Soul Typecast”, a track that dates back to the trio’s days opening for the Jesus Lizard. Between the crackling tube amps and Simins’ drums, which have always bared a subtle hip hop influence, the band closely mimicked the pounding blues-punk textures of its recordings. You had to wonder what Spencer was doing during those several (mostly) inactive years, given the unbridled joy he took in stalking the stage and coaxing noise out of his amp. 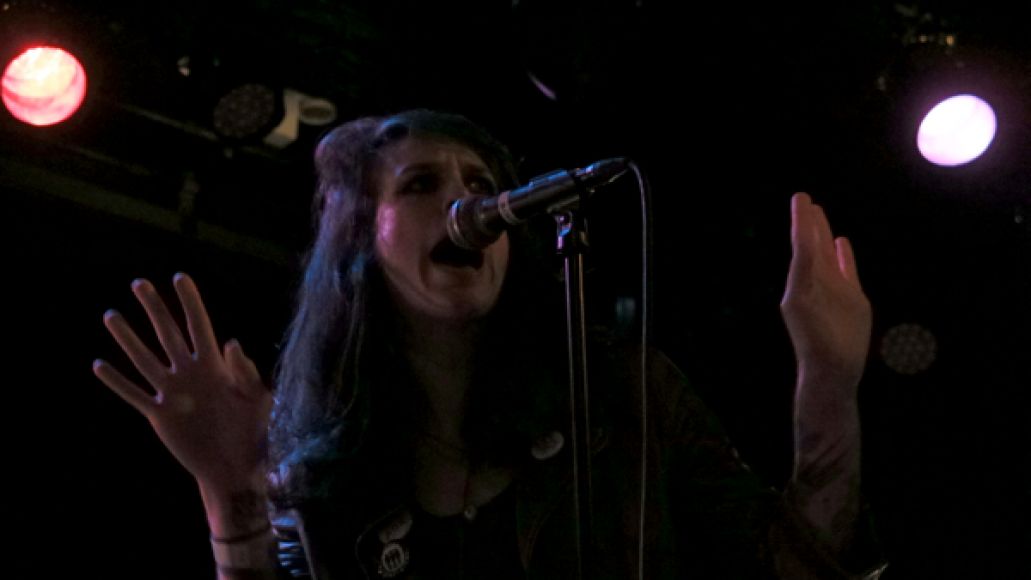 First, though, credit is due opening act We Are Hex, an Indiana-based noise-rock quintet who managed to summon the sweat and vinegar to warrant JSBX’s opening slot. Vocalist Jill Weiss yelped and screamed like Corin Tucker 20 years younger, finding herself out of breath in between tracks, but the group’s secret weapon turned out to be its guitarist’s surprisingly dense arsenal of feedback effects — which runs from rhythmic bleating (“Birthplace of the Mystics”) to more melodic wah-wah textures (“Lewd Nudie Animals”).

It’s difficult to document a Blues Explosion show with great precision. The band shies away from determined setlists, and anyway, it all blends into a continuous blues-filth racket. Not that that’s such a bad thing. Naturally, cuts from Meat + Bone — “Black Mold”, “Bottle Baby” — fit seamlessly with the band’s classic era. 1994’s Orange was in particularly high supply: the band railed through “Dang” at double-speed, then stretched their groove muscles on “Bellbottoms” and the aptly named “Sweat” (“That’s the sweat! Of the Blues Explosion!” indeed). There were covers, too — of Dead Boys’ “What Love Is”, which found Simins taking the lead on vocals, and of James Brown’s “Tell Me That You Love Me”, during which Spencer swaggered towards the audience and babbled like a wound up auctioneer. 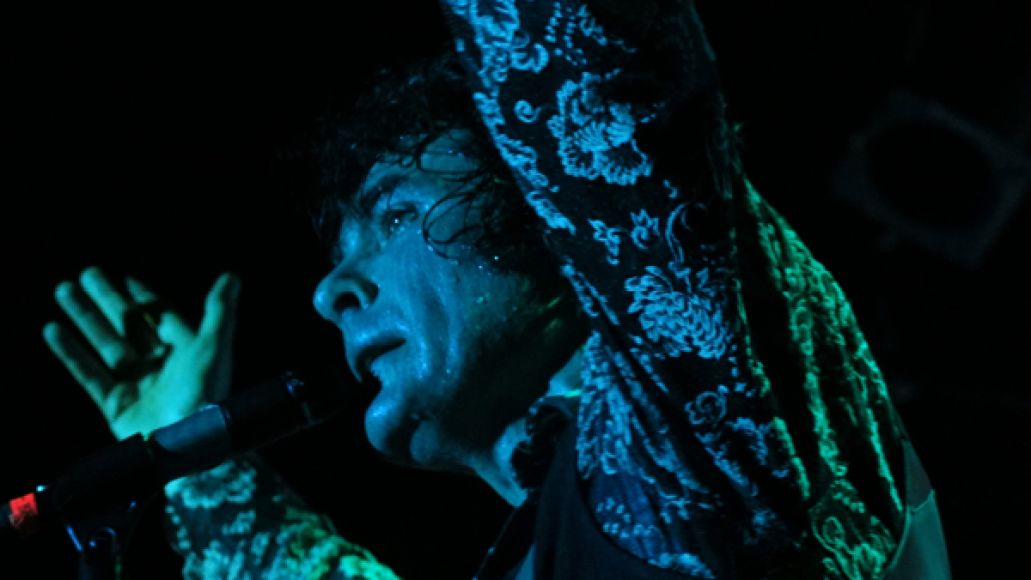 Towards the end of his band’s unrelenting 70-minute-or-so set, Spencer leaned out over the crowd, clutched at his microphone, and began ranting — mid-song, and somewhat incomprehensibly — about the heat and whether or not New York would see a hotter day all summer. Sweat beads formed, fittingly, on his face, dripping down onto lucky members of the front row. “Are we gonna wait until November and another hurricane hits?” Spencer demanded. “No, we’re gonna do it now,” “it” apparently referring to “the Blues Explosion,” like doing the hustle or doing the jitterbug. After that eight-year vacation,  now seemed as good a time as any.

But despite his unabashed rockstar-isms, Spencer still seemed humbled by the audience’s cheers. “Thank you very much, everyone, that feels very nice,” he blushed. Then: “We’ve got time for a couple more. I think we’re gonna play the blues” — because what else?