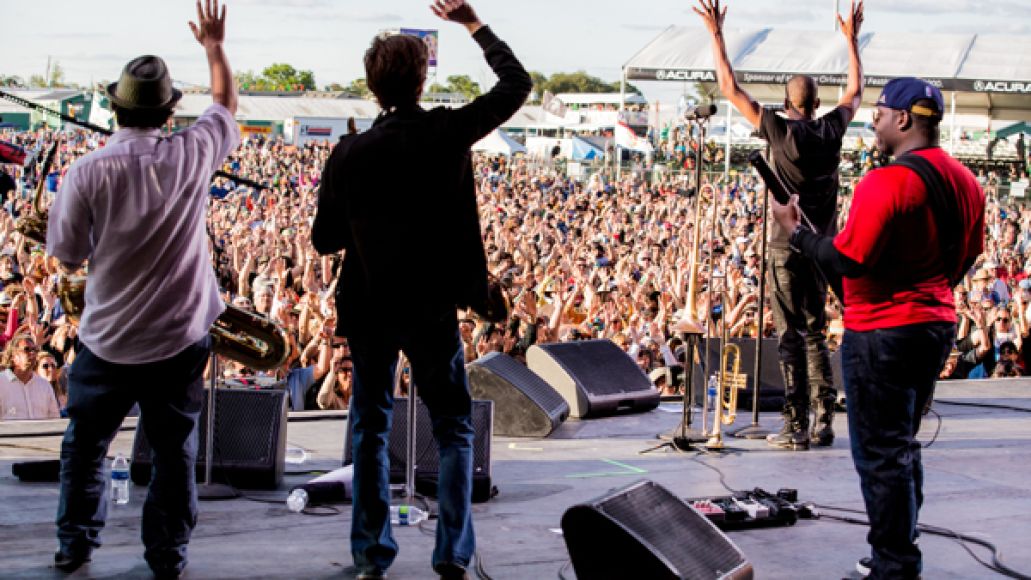 Spotify is looking to change the conversation following a contentious week in which Radiohead’s Thom Yorke and Nigel Godrich launched a “revolution” against the streaming music service over unfair royalty payments. Their solution? To publish a new study on music piracy and, more specifically, the affect music festivals have on illegal file sharing.

Their conclusion? “Our analysis uncovered some examples of torrents spiking immediately after festival performances.” No, seriously. According to the BBC, Spotify concluded “festivals increase demand for artists’ music, but that festival-goers mainly sample through unauthorized channels.”

“Fourteen years after the launch of Napster, it has and always will take a combination of superior legal offerings to the consumer alongside effective public policy to improve the climate for copyright online.”

The counter to Spotify’s argument, of course, is that most artists probably stand to make more money playing a music festival than they would from a Spotify royalty check. And as Mumford and Sons can attest, the exposure can lead to increased sales after the fact. But, hey, I’m just playing devil’s advocate.