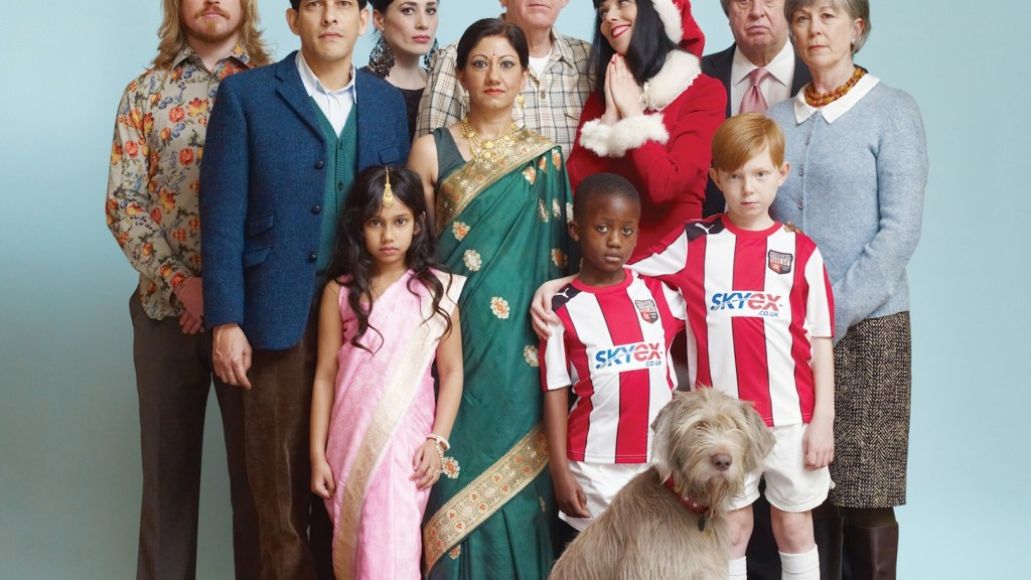 Over his storied, 40-plus-year career, Nick Lowe has tried his hand at countless genres: New Wave, pub-rock, bluegrass, Americana, ’50s guitar rock, soul, R&B, and even a little Tex-Mex (the music, not chili con carne). But now Lowe is tackling a music foreign even to his iconic discography by announcing the release of his first holiday album, Quality Street: A Seasonal Selection for All the Family, due out October 29th via Yep Roc. Anyone else have flashes of Bill Nighy’s character in Love, Actually?

Produced by Lowe, Neil Brockbank, and Robert Treherne, Quality Street (as in the British confectionery) was recorded in London with Lowe’s long-time backing band. During the sessions, the collective were forced to adhere to Lowe’s one simple rule: “We tried to make it a sleighbell-free zone,” he said in a statement. As such, the 12-track effort features mostly non-traditional choices, including three originals and covers of Wizzard and Roger Miller, in addition to versions of the more traditional “Rise Up Shepherd” and “Silent Night”.

Much like that time you got to open presents on Xmas Eve, Lowe is gifting the world with an exclusive, 24-hour-only stream of the album. (Ed note: Christmas is only 152 days away!) The resulting 40-minutes are as full of yuletide glee as Frosty caroling with Rudolph, but garnished with bits of folk, country, and rock. “The North Pole Express” tells the story of Santa’s journey with bluesy swagger. “Just To Be With You” is a Calypso spin on “All I Want For Christmas Is You”. And Lowe even manages to give “Silent Night” a little update, turning it into a power-pop anthem.

Enjoy your slice of Christmas in July below through tomorrow (7/26) at 9 a.m. EST.