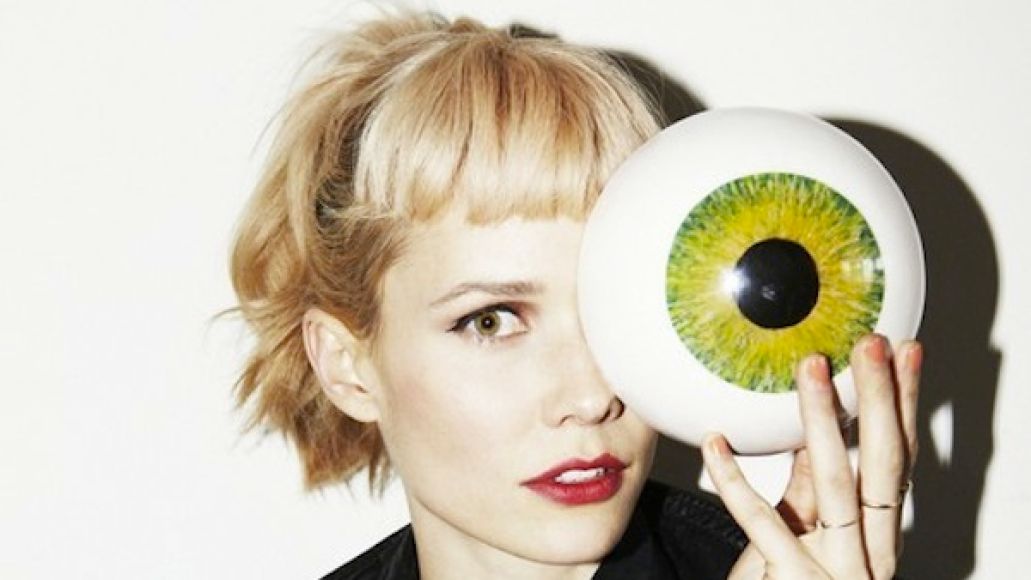 Danish artist Nanna Ã˜land Fabricius, a.k.a. Oh Land, will return this September with her third album, Wish Bone. The follow-up to 2011’s self-titled LP was mostly produced by TV on the Radio’s Dave Sitek and will be released via his own Federal Prism label. According to a press release, collaborators include Sitek and Sia, among others.

“My Boxer”, our first peek at the new record, shows Oh Land expanding on her eccentric style of electro-pop. Co-written and produced by Dan Carey (Chairlift, Bat for Lashes), it’s a curvaceous little tune, bolstered by snippy, punchy percussion, about a boxer that lives in Oh Land’s ear. “Is that weird?” she asks a number of times in the song. Yeah, just a little… but we like weird. Listen below (via SPIN).