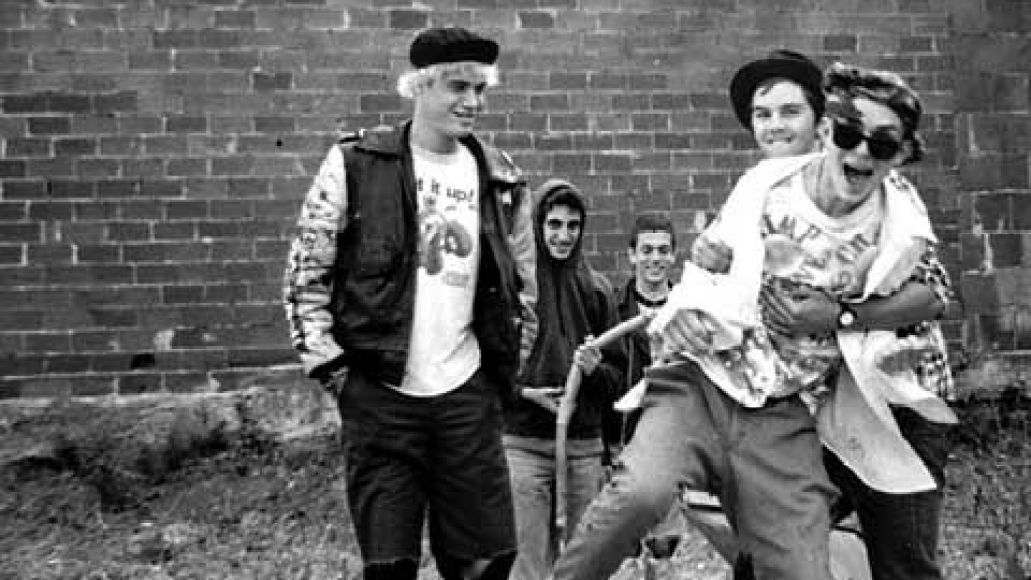 Now that The Replacements have reunited and David Bowie, Daft Punk, and My Bloody Valentine have all released new albums, there’s really only one thing worth anticipating. And no, it’s not The Smiths or Talking Heads, because neither group is getting back together. Sorry. No, the only thing I still hope and dream for is a reunion of Operation Ivy, the East Bay ska band who pumped out one of the single greatest punk albums (sorry, Henry Rollins) during their three-year run. Tim Armstrong and Matt Freeman, of course, went on to form Rancid, while singer Jesse Michaels became a painter. Michaels performed with Rancid on a few occasions back in the mid-2000s, but has shot down any chance of a full-fledged Operation Ivy reunion.

But wait, what’s this? Armstrong and Michaels back together on a new track? Yes, in a year where literally everything has happened, of course the two core members of Operation Ivy would reunite for the first time in 24 years. Entitled “Living in a Dangerous Land”, the song is part of Armstrong’s Tim Timebomb and Friends singles series. It comes nowhere close in quality to anything on Op Ivy’s Energy, but it’s nice to hear these two guys singing together again. Maybe next year they’ll tour.