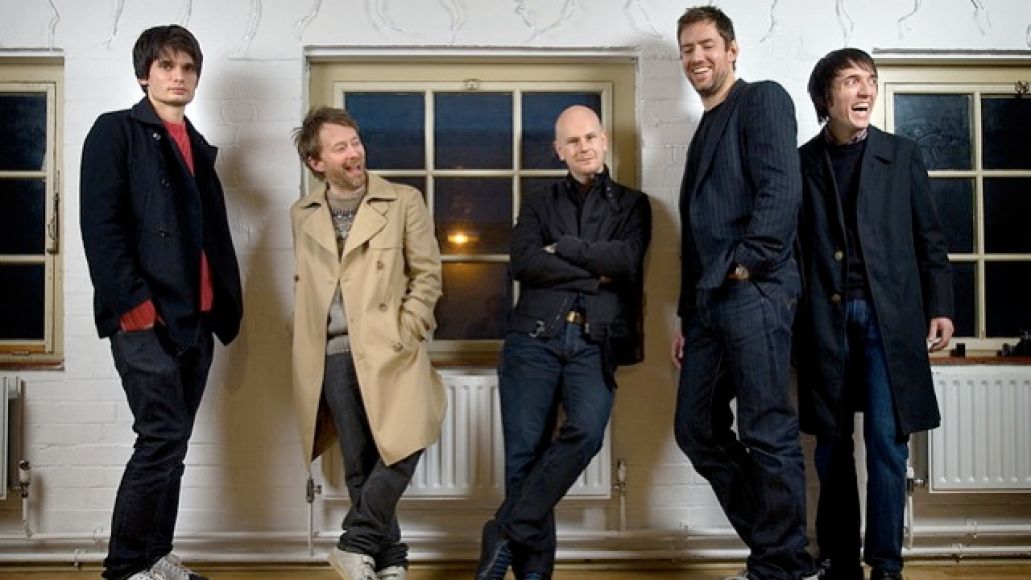 Over the last 48 hours, Radiohead’s Thom Yorke and Nigel Godrich have been warring with Spotify over what they consider to be unfair royalty payments to artists. On Sunday, Yorke and Godrich removed several of their albums from the streaming music service, arguing that their payout structure was “bad for new music.” Yesterday, Spotify issued a formal response denying these charges, which was quickly countered by Godrich. “I’m not bitching about not getting paid. It’s about standing up for other artists’ rights. It’s up to streaming providers to come back with a better way of supporting new music producers,” Godrich contended.

Now, in a rather unexpected twist to the story, Radiohead’s manager Brian Message has come out in support of Spotify. In an interview with BBC Radio’s Newshour, Message said, “I think myself and a whole range of managers look at new technology developments such as Spotify as a good thing. The Internet is a really cutting edge way of fans and artists to communicate with each other and we want to see that opportunity develop and evolve. Streaming services are a new way for artists and fans to engage.”

The rest of his comments, transcribed by Pigeons and Planes:

“As a manager of Thom I obviously sit up and take note when he says, ‘Listen guys we need to look at how this works.’ It’s a healthy debate that’s going on right now. He’s rightly asking the question of, ‘What’s in this for new music and new artists?’ I think we’re all debating this. [But] as the model gets bigger I think we’ll find a place where artists and managers and all creators can all receive what they regard as equitable remuneration.

“It’s not black and white, it’s a complicated area. There’s been over 20 attempted reviews of Copyright and how it operates in the internet era, and there’s been no satisfactory solution to it. The bottom line is, technology is here to stay, and evolution of technology is always going to go on. It’s up to me as a manager to work with the likes of Spotify and other streaming services to best facilitate how we monetize those [platforms] for the artists we represent. It’s not easy but it’s great to have the dialogue.”

Below, watch the latest episode of Rock It Out! Blog where host Sami Jarroush discusses the ongoing controversy: