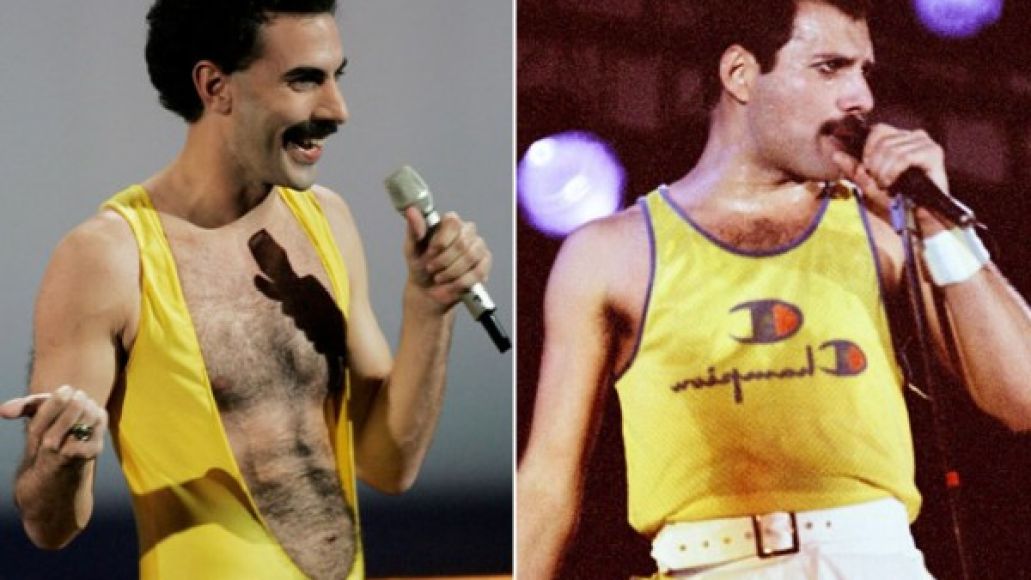 What could’ve been “the greatest occurrence in cinematic history” just bit the dust. According to a report from Deadline Hollywood, Sascha Baron Cohen has dropped out of the long-in-development Freddie Mercury biopic. Cohen had been attached to the film as far back as 2010, but it seems he and the surviving members of Queen couldn’t reconcile their creative differences.

The problems apparently stem from the fact that the members of Queen have final script and director’s approval, and their vision wasn’t lining up with Cohen’s. Deadline indicates that the band was aiming for a more PG version of reality, while Cohen was hoping for “a gritty R-rated tell-all centered around” the rarest performer of all time.

Cohen had brought writer Peter Morgan on board to script the film, but his choice in directors, namely David Fincher and Tom Hooper, failed to meet the band’s criteria. Cohen as Mercury had the potential to be a rare kind of magic, but the show must go on; Robert DeNiro’s TriBeCa Productions remains involved in the project. God save the Queen biopic.