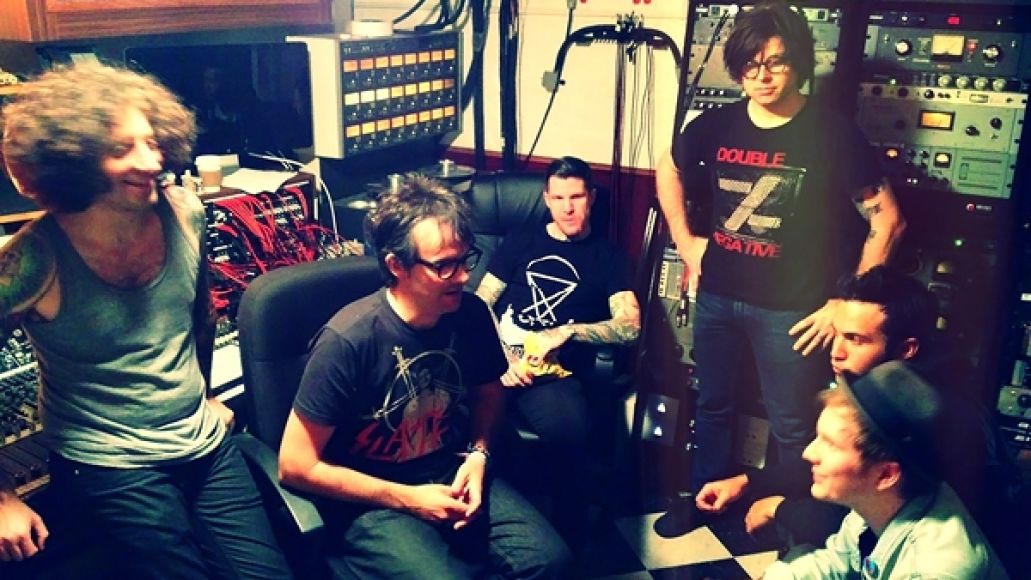 If Ryan Adams invites you to his own Pax-Am Studios to play punk rock until two in the morning, that’s exactly what you do. At least that’s how Chicago’s own Fall Out Boy responded to his invitation last week. As Rolling Stone reports, the two parties joined forces in the studio following a dinner at Los Angeles’ M Café, which resulted in “eight or nine” punk rock songs over two nights. The stuff that “makes you want to kick the shit out of your bedroom at your parents’ house,” as bassist Pete Wentz explained.

“It was like hanging out with your older brother that got you into punk rock,” he continued. “Except he gets all the jokes and he’s not like, ‘Here’s these shitty kids’ or whatever. So that was cool.” Adams reached out to the group at the request of FOB friend and collaborator Butch Walker. The sessions took place over two very long nights, and as of press time, Wentz is unsure where and when the music will surface.

“I would hope that somewhere in some universe you could put out a seven-inch and kids still care,” Wentz added, confirming he’s never heard of Record Store Day. “I think that there’s a formula for something like that to happen with Fall Out Boy. I think there’s a side of our band in our fans that would appreciate some of the noise that Ryan comes up with, and it would be great for the fans to be able to hear that – hear sort of the raw energy that happens from sessions like that.”

In related news, this writer is currently moving to Los Angeles with his Jagmaster, where he plans on stalking the parking lot of M Café. See ya soon, Ry.

Below, revisit “Last Night At The Opera” by Adams’ punk band Pornography.

So, Ryan Adams and Fall Out Boy are making punk rock together