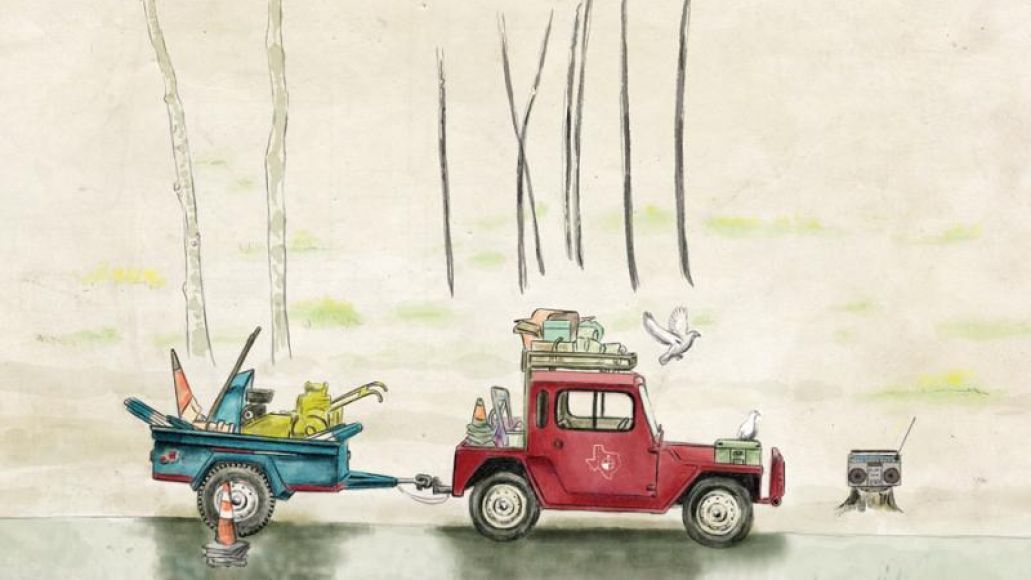 Explosions in the Sky are streaming their score for the new David Gordon Green comedy, Prince Avalanche, in full one week ahead of its release date (August 8th via Temporary Residence Ltd.) Take a listen now at EW.com.

The 15-track effort sees the Austin-based outfit reunited with longtime friend and hometown musician David Wingo, who they met over a decade ago when both acts contributed music to Green’s 2003 sophomore film, All The Real Girls. This marks their first official collaboration together, however.

As evidenced by the score’s two singles, “Wading” and “Join Me on My Avalanche”, the collective are exploring sounds outside of EITS’ sweeping, ambient overtures, electronically-tinged soundscapes more akin to the work of Steve Hauschildt and fellow scorer Atticus Ross.

Pre-orders for the soundtrack are ongoing.

Stream Explosion in the Sky's soundtrack for Prince Avalanche