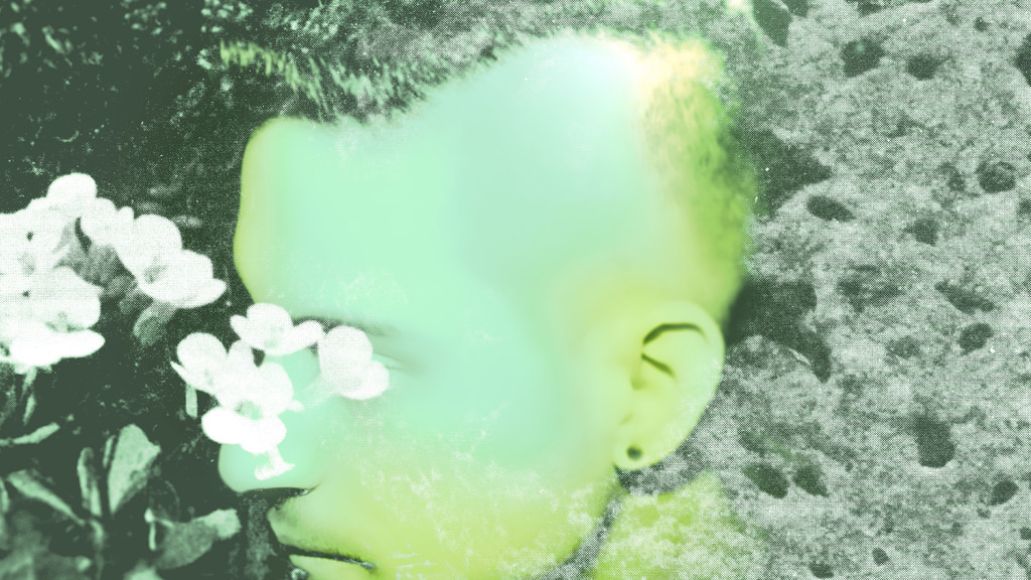 Our first introduction to Minneapolis’ Brad Hale, a.k.a Sombear, came via the alluring-yet-diffident “Love You in the Dark”. Lyrics like “I can’t love you when you talk sweetly about me” reveal an insecurity Hale himself is well aware of. “I have a hard time being confident and sharing my music with the world,” he said in a statement. Now it seems a swell of press, alongside work with Tegan and Sara and Death Cab for Cutie, has bolstered Hale’s mettle. One day before its official Trans- Records release, Hale is sure enough to share a stream of his debut album, Love You in the Dark.

Over the course of 10 tracks, the effort provides Hale’s own blend of sonic touchstones from pop, R&B, and electronic musics, the sum of his teenage influences. “Before high school, I was really into Britney Spears and NSYNC and the Spice Girls,” Hale confessed. “No shame. Those are the artists that sparked my interest in pop, which I think is what I take a lot of influence from… Then in high school I came across Daft Punk’s Discovery and subsequently became obsessed with that genre of electronic music.”

You can find those sounds tucked into tracks like “Never Say Baby” and “The Good”, which capture the sort of ear-hooking beats that make for sure pop hits. But while the former’s lyrics remain in that aural realm, the latter’s are decidedly more, well, somber: “Do we have to bring the good down to feel like it’s real?/Do you remember how it used to be easy?/Oh god, I wish we could go back there.” The one-two of openers “Incredibly Still” and “The Way We Are” are instant highlights, disparate in their moods while unified in their buoyant electro-pop. Elsewhere, “LA” plays in the same vocodered gloom of the title track, and “Loose Ship” sails along on a resilient synth breeze.

All told, Love You in the Dark is a solid introduction to a careful artist finding his way out of his shell. And if this is the kind of material he can generate, here’s hoping he finds the confidence to produce more in the future.

Love You in the Dark drops July 23rd on Trans- Records, with pre-orders still ongoing.

Stream Sombear's debut album, Love You in the Dark