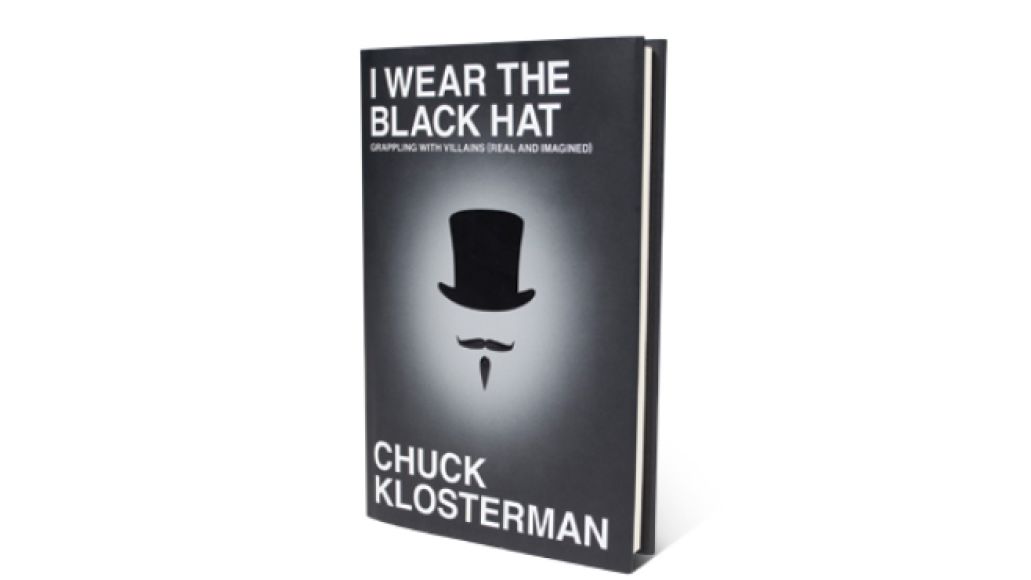 Music critics tend to lack the identifying characteristics of traditional villains. Money, power, fame, clown masks, drone militias, platform boots, or whatever comes to mind when you think of the “bad guy” generally does not overlap with your average pop culture nerd. Yet Chuck Klosterman is convinced he is the Caligula of critics in his latest essay collection, I Wear the Black Hat: Grappling With Villains (Real and Imagined).

In his usual fireside-philosopher style, Klosterman wonders: “Why would anyone want to be evil?” Naturally, popular music provides plenty of food for thought when it comes to purposeful villainy, and Klosterman helps himself to everything from “Devil Went Down to Georgia” to “We Are Never Ever Getting Back Together”.

Check out the following 10 songs, Klosterman’s commentary from the book, and see how the black hat fits.


1. “Am I Evil?” by Diamond Head (as performed by Metallica)

“The lyrics described bottomless vitriol toward the songwriter’s mother and a desire to burn her alive. The chorus was malicious and straightforward: ‘Am I evil? Yes I am. Am I evil? I am man.'”

“They wanted to be seen as cowboys, but not the ones who actually rode horses.”

“Seemed fake and exploitative even though the love affair actually happened.”


4. “Some Girls” by The Rolling Stones

“Keith Richards: ‘Usually the guy in the black hat gets killed in the end … But not this time. Not this time.'”

“It’s almost like Prince realized he could never turn Day into a true villain, so he decided to create a scenario where Morris suddenly changed. But here’s the rub: Morris didn’t change. He won without winning, because winning was irrelevant.”

(On Graffiti Bridge, the sequel to Purple Rain.)

“The idea of a black policeman abusing a black citizen in order to impress his white coworker was the kind of concept that obliterated my nineteen-year-old mind.”

“[Crowley] boasted about potentially inspiring Mein Kampf by mailing a young Adolf Hitler a copy of his seminal work The Book of the Law … this would be akin to Ozzy retroactively changing the title of his song ‘Suicide Solution’ to ‘Suicide Is The Best Possible Solution for Everyone, Even if Your Life Is Awesome and You Want to Live.”

“How is Fred Durst worse for wearing a backwards baseball cap and singing about cookies and vaginas?

“Hitler is still a historical figure, but he’s predominantly a placeholder for cognitive darkness … There really isn’t ‘another category of radical evil.’ That category has a population of one.

There’s a song from 1963 that inadvertently proves this.

The song is titled “With God on Our Side”, written and performed by Bob Dylan (the fact that Dylan is the singer here is extremely important, since he’s just about the only unassailable figure in pop culture).”

Ten Songs That Turned Chuck Klosterman to the Dark Side