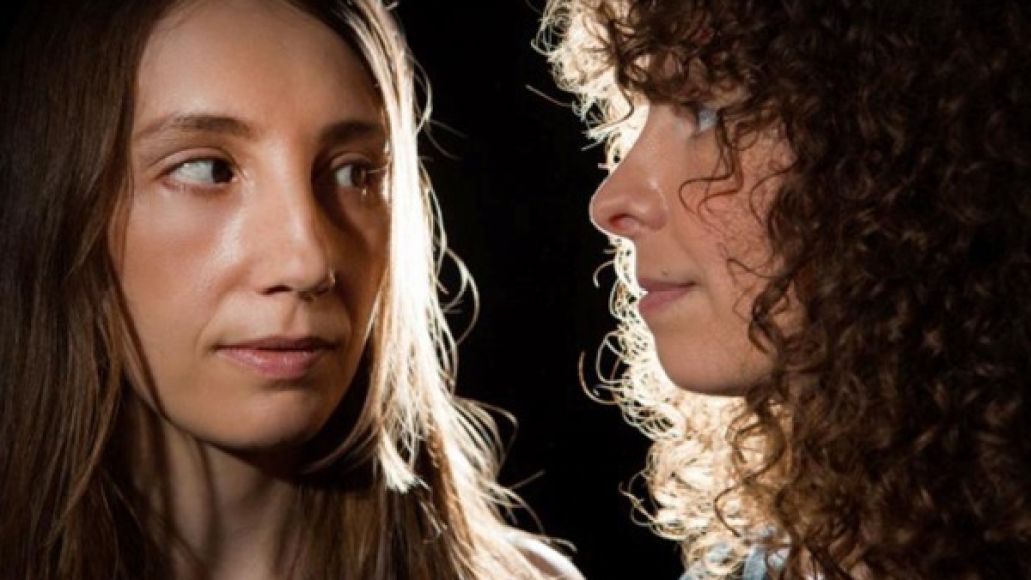 It’s been a quiet half decade for Portland-based electro act The Blow. Formerly the solo moniker of Khaela Maricich, and at one time featuring YACHT co-founder Jona Bechtolt, The Blow’s last major spurt of activity occurred in 2007, when Melissa Dyne tagged along to support 2006’s Paper Television on the road. Following years of whispering and road blocks, however, the team of Maricich and Dyne are ready to fully revive The Blow, today announcing the release of their long-awaited new album, The Blow, for October 1st via Kanine Records.

Aside from a tracklist, the 10-song LP’s only other details stem from the duo’s dense, self-written artistic manifesto. In it, they refer to the album as an “odyssey of experimentation”, utilizing “samples of acoustic instruments that we processed back into electronic elements” they obtained from gigs across New York. They added, “These songs trace the arc of our somersault into the unknown, holding hands, going backwards through the air, watching to see where we land.”

The pair also made sure that the album’s workload was divided equally in their own unique way:

“We divided the tasks of making the album between us pretty much according the the differences in how we dream at night. Khaela dreams about people and conversations and juxtaposed feelings: she wrote the lyrics and melodies and many of the compositions. Melissa dreams of being a beam of light bouncing off a Ferrari: anything that gave the songs dimension (arrangement, engineering, synth programming, sample perfecting, half of the composing) was done by her.”

The Blow will tour in support of the record this fall. Following a few festival gigs in September, including Boomslang, the leg runs from mid-October through early November. Consult the full schedule below.