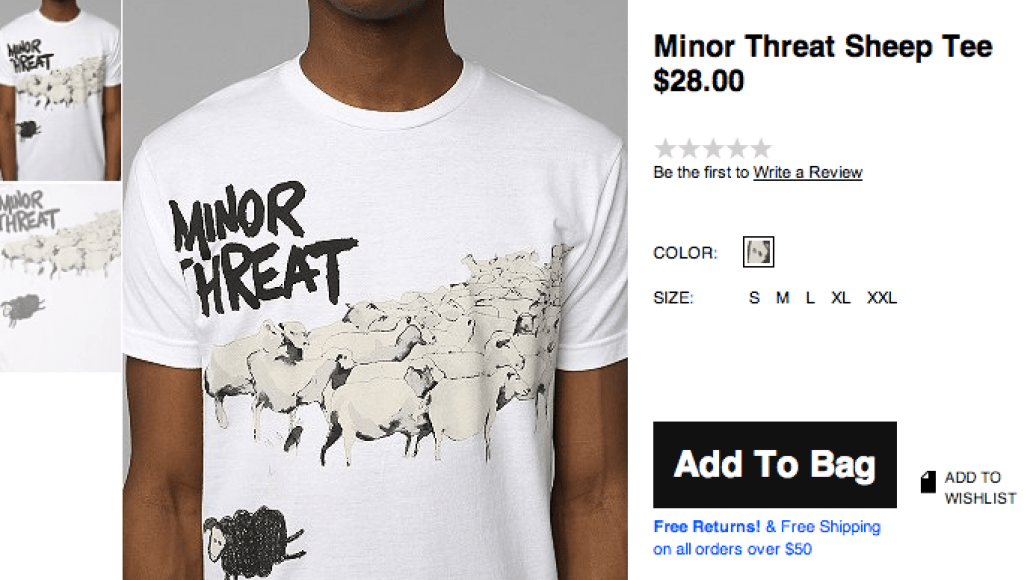 Today in fashion news, actual, official t-shirts from anti-establishment hardcore band Minor Threat are available to purchase at Urban Outfitters for $28. Pick up two and you’ll receive free shipping from UrbanOutfitters.com. That medium not fitting quite right? Urban Outfitters has a great return policy!

As Minor Threat frontman Ian MacKaye explained to the Washington City Paper, it’s not so much about the fucking t-shirts as it is the fucking bootlegers.

Because so many bootlegged Minor Threat shirts are constantly floating around the universe, MacKaye decided the band had to do something about it. The solution: Get another company to oversee their official shirts, and when a bootleg crops up, let them deal with it. “It’s fucking absurd the amount of bootlegs are out there,” MacKaye says, and “my time is better spent doing other things … It’s not a political thing for me. I just don’t give a fuck about T-shirts.”

It’s probably a good thing Minor Threat will never reunite, because more than a few ticket scalpers would undoubtedly get battle-axed in half .