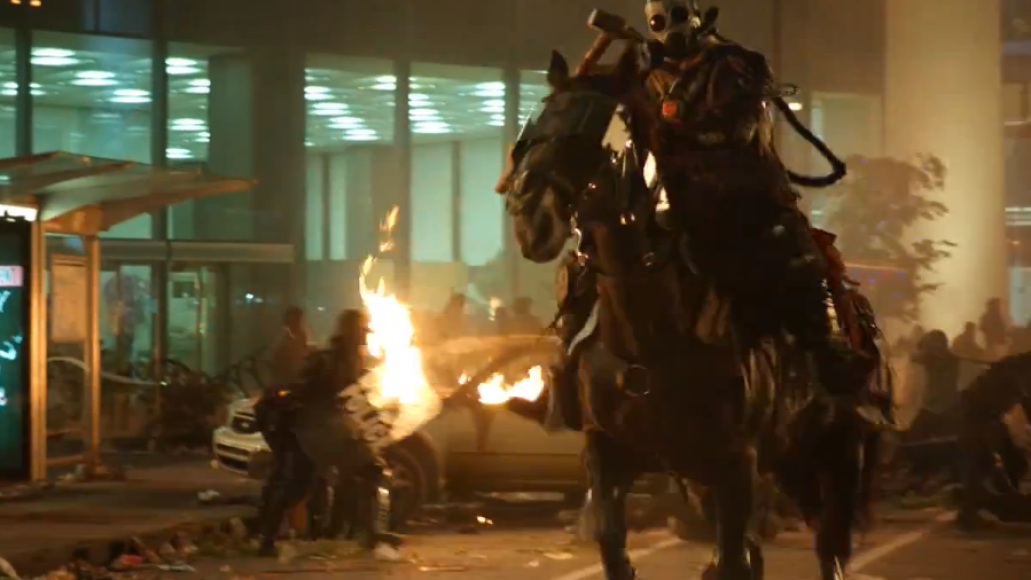 Metallica appeared at the San Diego Comic-Con this weekend, where they premiered a new full-length trailer for their upcoming 3D film, Through the Never.

As previously reported, the part concert film, part suspense thriller was written and directed by Nimród Antal (Kontroll, Predators) and stars Dane DeHaan (Chronicle, The Amazing Spider-Man 2) as a “young band crew member who is sent out on an urgent mission while the band is playing a rousing live set in front of a sold-out crowd and unexpectedly finds his world turned completely upside down.” I won’t spoil it, but let’s just say if you’ve been yearning for another end-of-the-world movie, this one’s for you. That is, of course, pending you being a fan of “Enter Sandman”, “One”, or anything else from the Metallica catalog.

In related news, Lars Ulrich offered a status update for the band’s long-awaited new studio album, the follow-up to 2009’s excellent Death Magnetic. According to Faster Louder, Ulrich said the band will “probably” start recording in 2014 followed by a tour. “We’ve had a couple of jams at HQ. [Next year] we’ll be all about a new Metallica record. In about another year and a half you’ll probably see one.” So close, yet so far.

Watch a new trailer for Metallica's 3D film Through the Never