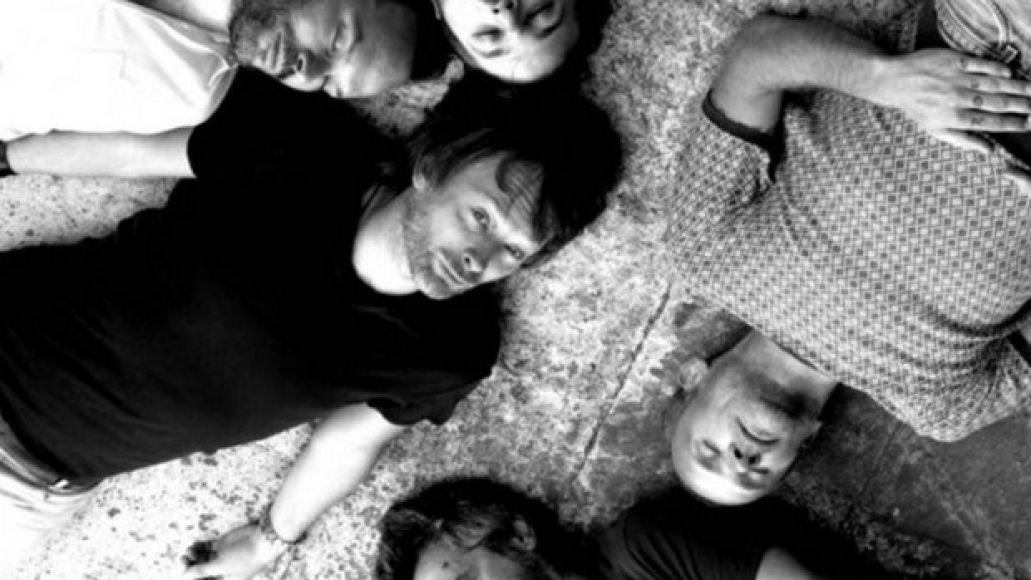 On Wednesday night, Thom Yorke’s Atoms for Peace opened a three-night residency at London’s Roundhouse. While the first night was only for ticket holders, the second two nights are being made available the world over. Soundhalo.com is not only webcasting the July 25th and 26th concerts live, but is also making each track downloadable immediately after they’re played – for a price, of course; this ain’t Spotify. The full sets can be pre-ordered for $14.99, but the webcast is . Update: The webcast is $1.49.

Beginning at approximately 4 PM EST (doors are 7:00 London time, there’s an opener, extrapolate…), you can join in on the action by heading over to Soundhalo and logging in with either a Facebook or Google account. (A direct link for the show on the 25th is here, and the one on the 26th is here.) Even money says James Bond watches both nights.

Below, watch the band rehearsing their namesake song earlier this month.

Watch Atoms for Peace perform live at London's Roundhouse, then download the recording