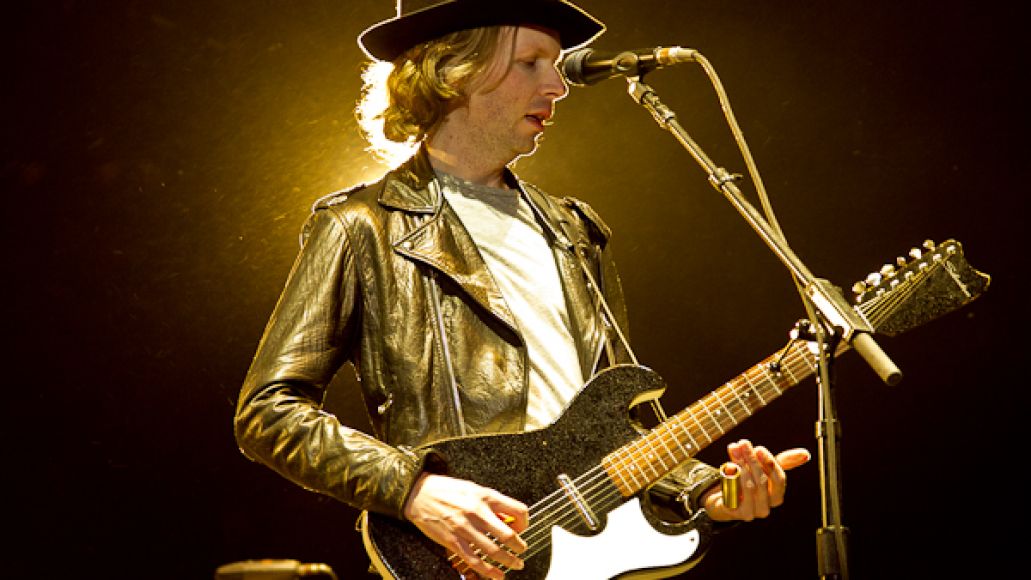 Beck spent Fourth of July at London’s Barbican, where he performed his Song Reader album live for the first time. He was joined by a number of high-profile guests, including Pulp’s Jarvis Cocker, Franz Ferdinand, Beth Orton, Charlotte Gainsbourg, The Mighty Boosh, and more. Watch fan-shot performance footage of six songs below.

“Why Did You Make Me Care?” w/ Jarvis Cocker:

Next on Beck’s schedule are a string of performances along the Eastern Seaboard beginning later this month. He also has two new albums on the way, which follow the release of recent one-off singles “Defriended” and “I Won’t Be Long”.