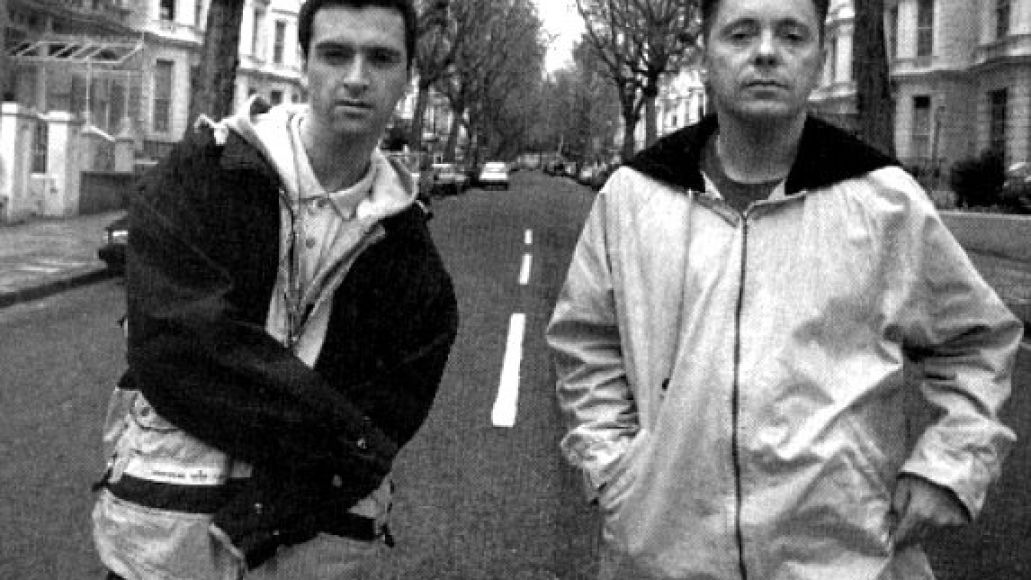 On Sunday, New Order hosted an evening for Live From Jodrell Bank, a series of concerts at the astronomical research centre of the University of Manchester “featuring science activities and workshops.” In a surprising twist, however, frontman Bernard Sumner joined the concert’s opener, Johnny Marr, for an impromptu reunion of their late ’80s and early ’90s super roup, Electronic.

Although past members Neil Tennant or Chris Lowe weren’t present, the two prevailed and revisited their first single together, “Getting Away With It”. The track isn’t too alien for Marr these days, given that he’s been performing it on tour all year. Still, it’s been over a decade since the Electronic banner released anything new — FYI: their third and final album was 1999’s Twisted Tenderness — so nonetheless heads were turned. Watch fan footage below (via Slicing Up Eyeballs).

In related news, during New Order’s later set, Sumner introduced Lost Sirens cut “I’ll Stay With You” as the “nearest thing we’ve got to new material,” adding: “We’re going to release new material at some point; it’s going to be the next ‘Sgt. Pepper’s'”. Exciting times ahead for Manchester.