David Bowie celebrates Valentine’s Day seven months early with a new video in support of his comeback album, The Next Day. Watch as he performs in an old abandoned building in the Markus Klinko and Indrani-directed video, below.

It’s his fourth such set of visuals behind The Next Day. Also check out clips for “Where Are We Now?”, “The Stars (Are Out Tonight)”, and “The Next Day” starring Gary Oldman.

On August 20th, “Valentine’s Day” will be released as 7″ picture disc, accompanied by the instrumental track “Plan” (previously only available on the album’s vinyl edition). According to Bowie’s Facebook page, the single comes housed in a plastic sleeve “overprinted with a white square so that the disc shows through the transparent lettering.” The description adds that by looking at the artwork below, “you can just make out what the picture on the record actually is.” Let the frantic guessing games begin. 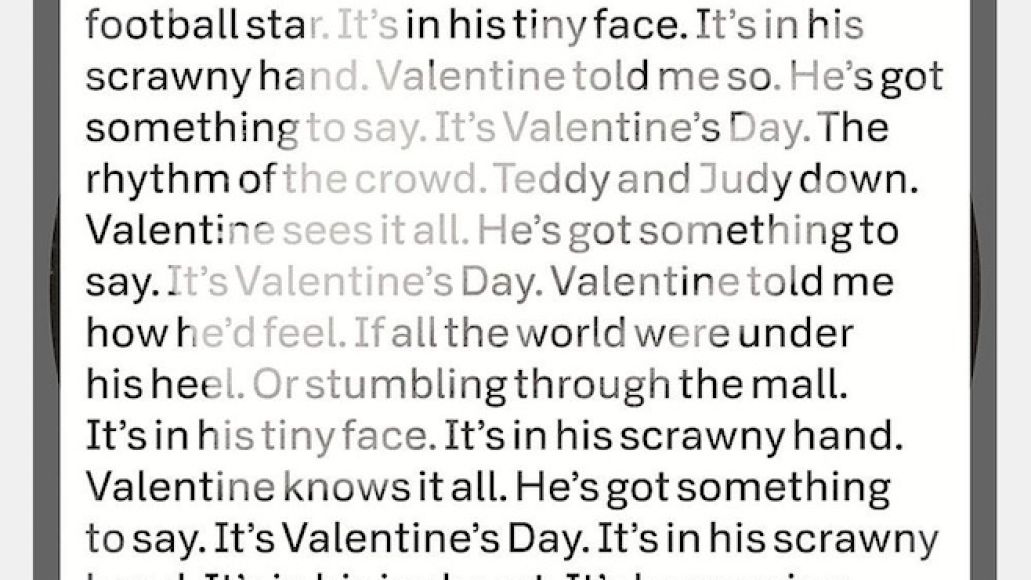