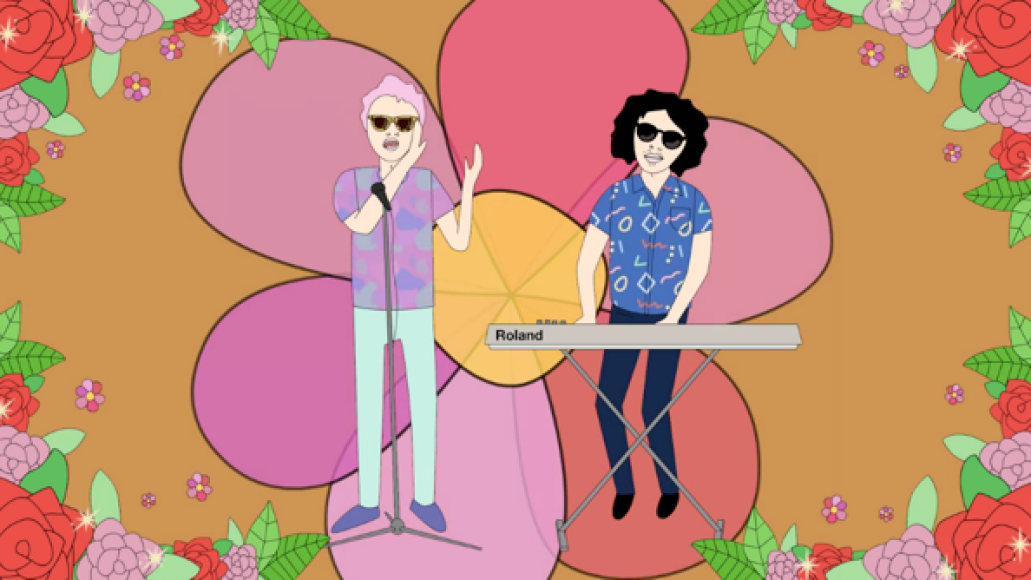 Brooklyn electro-pop duo Ghost Beach have signed with Nettwork Music Group. To consummate the partnership, the band has released a fresh track, “Moon Over Japan”, complete with its very own video.

“Moon Over Japan” is a tightening of the band’s sound; it stills sails along on shimmery, tropical synth sounds coupled with Angelakos-ianly juxtaposed lyrical aching, but isn’t quite as thoroughly maximalist as previous singles. The accompanying visuals, meanwhile, bring together everything we love about the Internet: MS Paint-style Flash animation, digital love connections, and the pure shock of discovering the truth behind the profile picture – though its doubtful many Zoosk matches end up like this one.

Ghost Beach has a few festival dates mapped out over the coming months, including Chicago’s own North Coast Music Festival and a DJ set at Georgia’s TomorrowWorld. See their full itinerary below.