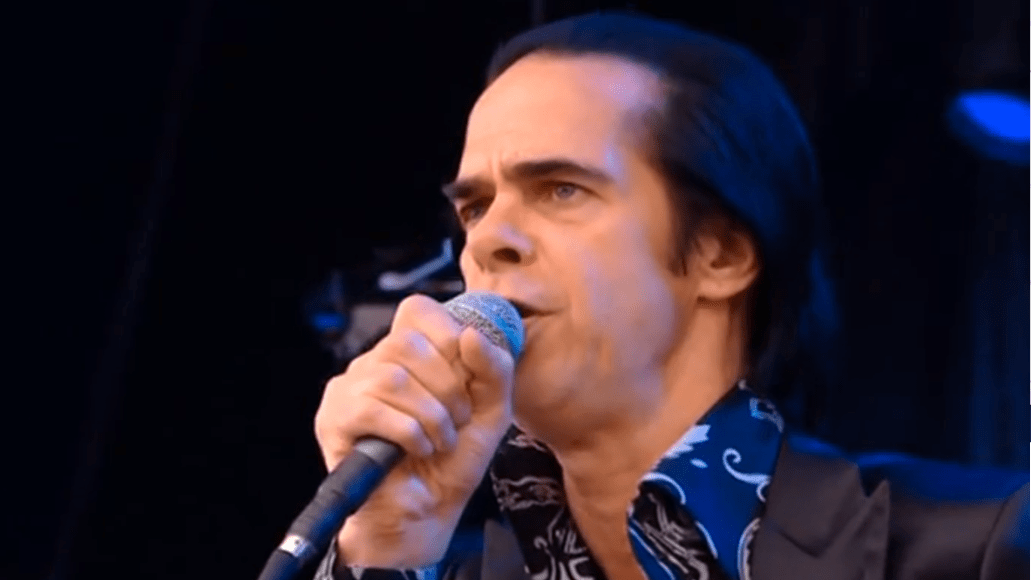 Nick Cave and the Bad Seeds appeared this weekend at the Glastonbury Music Festival in Pilton, UK. Watch them perform “Jubilee Street” below.

As The Line of Best Fit points out, the band’s performance at Glastonbury almost didn’t happen. According to Iceland Review, Cave was taken to the hospital after falling off the stage during the band’s set at ATP Iceland on Saturday night. “There were no fractures but he was badly bruised. He was given painkillers and told that he would recover in one to two weeks,” explained an organizer for ATP. Yet despite his injuries, Cave still made it to Glastonbury in time for the band’s performance on Sunday.

Watch Cave fall off the stage around the 8:40 mark in this video:

Watch Nick Cave and the Bad Seeds perform at Glastonbury 2013