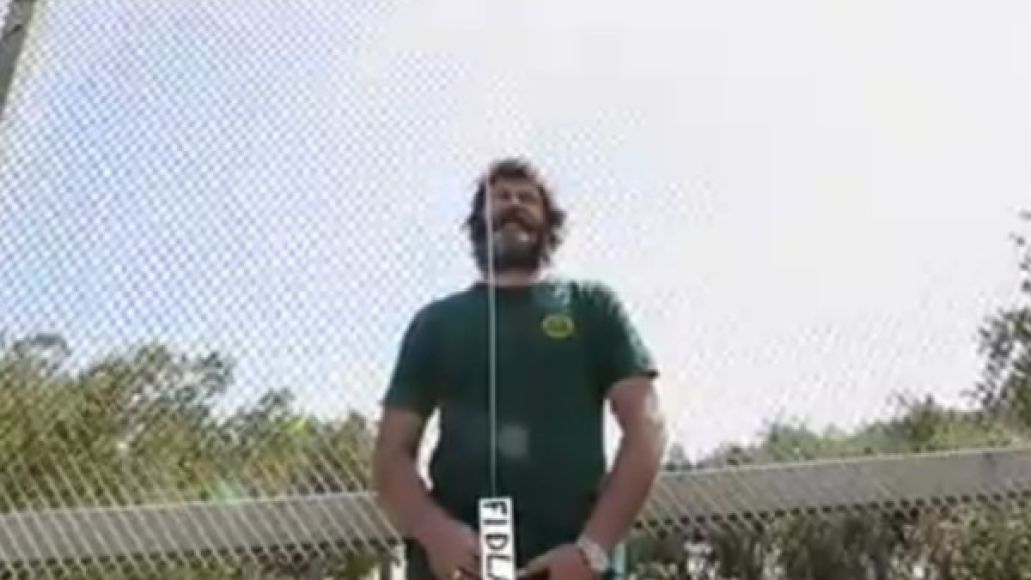 California skate punks FIDLAR have recruited Parks and Recreation’s own , and one of my personal heroes, Nick Offerman to star in their new video for “Cocaine”. Directed by frequent collaborator Ryan Baxtley, the video follows a recently fired, disgruntled Offerman as he knocks back 40s in an alleyway and proceeds to piss literally all over the city of Los Angeles. Seriously. He whips it out and douses people and buildings and things. Did I mention that he’s my hero? Watch the NSFW video below.

“Cocaine” is off FIDLAR’s self-titled debut, out now via Mom + Pop.

Revisit Rock It Out! Blog’s recent interview with the band: