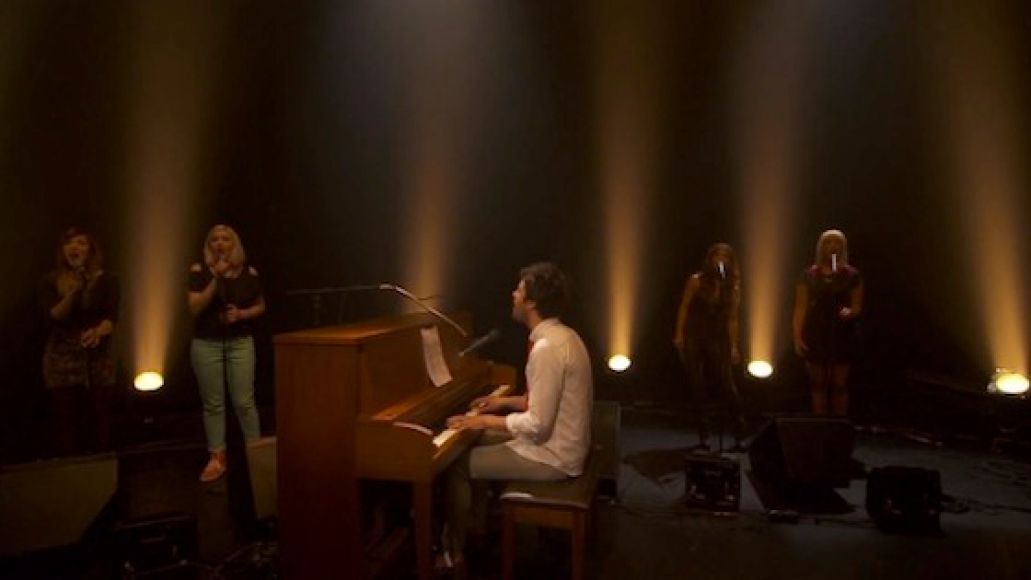 Passion Pit frontman Michael Angelakos recently offered up his own rendition of fun.’s hit song “Carry On” for VEVO’s Unexpected Covers series. Backed by four female singers, he parsed the anthemic pop single — which he later described as “one of the prettiest songs on the radio” — down to a more delicate, bare-bones piano ballad. Watch it below.