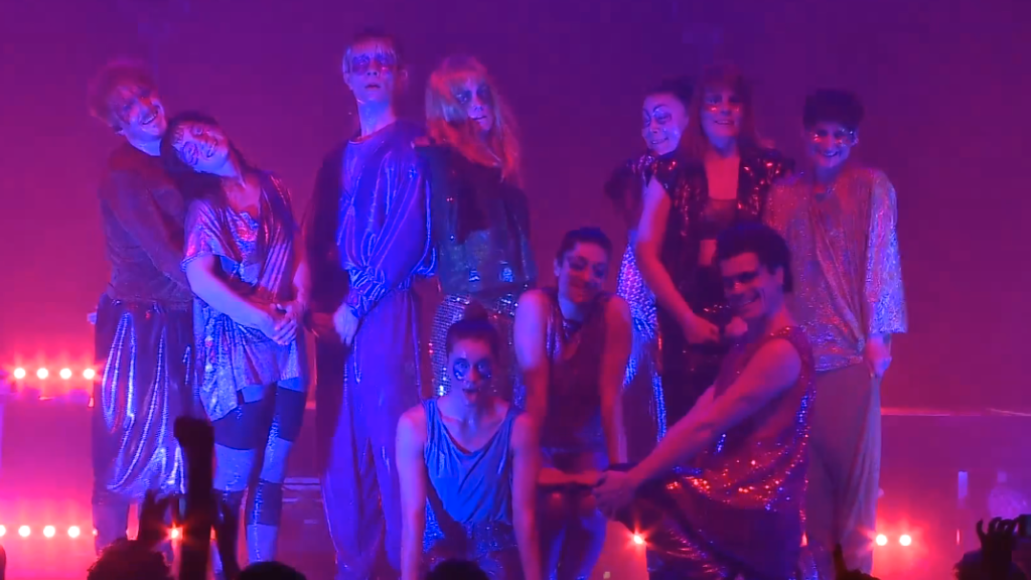 As previously noted, The Knife’s tour in support of the superb Shaking The Habitual has caused quite the divisive stir amongst concertgoers. Some have gone on to hail the Swedish duo’s err…unconventional shows, while others have left music venues genuinely stumped and shell-shocked.

While HD fan footage documenting the performances has surfaced online, the band’s taken to issuing their very own live video. Directed by Sorklubben, it captures The Knife performing Shaking’s next single, “Raging Lung”, during a show at Stockholm’s Hangaren Subtopia in May. With glittered and masked bodies wildly gyrating, fluttering, and writhing — individually and on top of other bodies —it’s an off-kilter (and maybe off-putting) experience unlike any other. Watch it below.

You’ve seen the video, now see them live. Check out their tour dates below.