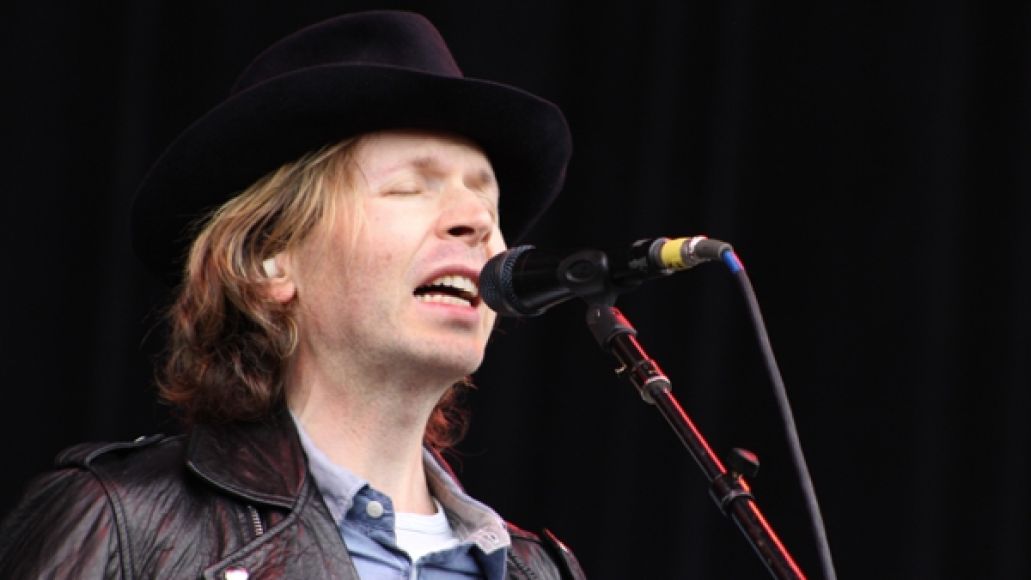 During Saturday night’s show at Jones Beach Theater, Beck made his sole appearance as part of the AmericanaramA tour featuring Bob Dylan and Wilco. Mr. Hansen more than made the most of the one-night engagement, joining the Chicago rockers on stage for a string of surprise covers. The collective delivered a spectacularly spot-on rendition of Beck’s 1993 single “Loser” before tackling Wilco-Billy Bragg’s Mermaid Avenue track  ”California Stars”. If nothing else, this collaboration is remarkable simply because we can now all say, “Remember that time Wilco played ‘Loser’ on a Bob Dylan tour?” Catch/listen to the replay below.

Wileck (see what we did there) were also joined on stage by Sean Lennon for a rendition of The Beatles’ “Yer Blues”: