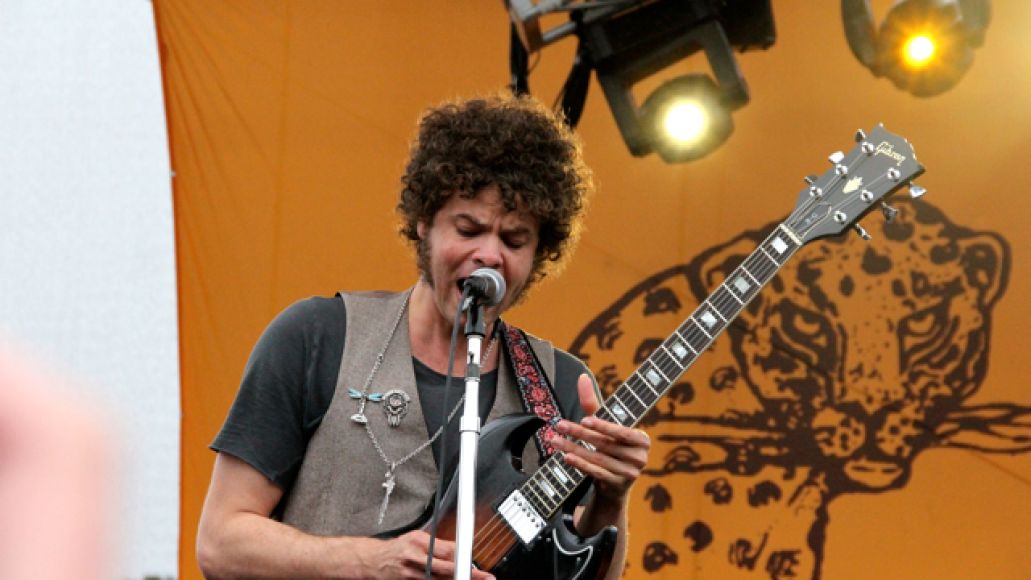 Well, this must be a world record: Andrew Stockdale has reunited Wolfmother only 10 weeks after breaking up. Back in April, the Australian collective announced they were closing up shop, leaving Stockdale to his own devices, specifically the release of his debut solo album, Keep Moving. “I’m just doing this for now,” he had told Noise11. “This is something that I wanted to do. I just wanted to self-produce my own record and put it out under my own name.”

All that’s behind him now, as Stockdale’s Australian and U.S. tour dates have been shelved in lieu of new Wolfmother gigs. The band will perform the next two Mondays (July 15th, July 22nd) at Los Angeles’ Troubadour, and on Wednesday, July 17th they’ll appear at Santa Ana’s the Observatory. Both Troubadour gigs have since sold out.

It’s unclear who will round out Wolfmother’s lineup, though keyboardist/bassist Ian Peres was recently photographed in Los Angeles with Stockdale. Founding members Chris Ross and Myles Heskett exited the band in 2008.

In the meantime, revisit the band’s Letterman performance of “Woman” below.