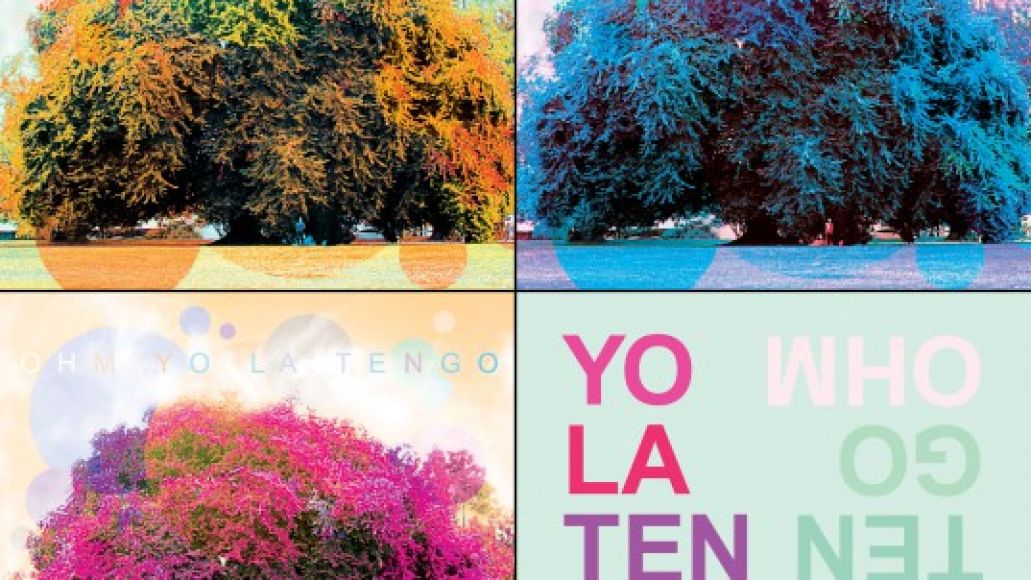 Christ, if you thought Twitter was an intimate way to connect with your favorite musicians, think again. First, Daft Punk wants to join you in the bedroom, and now Yo La Tengo’s taking up real estate in your shower. Wait, what? Yes, the New Jersey collective’s latest release involves a shower curtain that, no lie, you can hang up with metal grommets provided for you. Read that a couple of times, call your therapist, and yeah, then continue.

In what might be the craziest non-Record Store Day release of the year, Yo La Tengo is dropping a limited edition triple 12″ set containing multiple versions of Fade single, “Ohm”. Here’s how the breakdown goes:

So what does showering have to do with all this? The three singles come packaged with “a 4-box poly shower curtain display case,” for all those crazy shower-vinyl enthusiasts out there. (Rule 34 would argue they very well do exist.) So, if you’re one of those troubled folks, head to this year’s Pitchfork Music Festival, where they’ll exclusively go on-sale during the CHIRP Record Fair. Though, if you can wait, it’ll surface on The Matador Store starting Monday, July 22nd and various record shoppes on Tuesday, July 30th.

In the meantime, check out the new video for “Ohm” below. Directed and written by Donick Cary, the roughly four-minute clip features sharp-as-hell artwork by Sugarshack Animation and one outrageous premise, which shouldn’t come as a surprise for those familiar with Cary’s work on The Simpsons. “D’ohing In The Wind”, “Thirty Minutes Over Tokyo”, and “The Last Temptation Of Krust” ring any bells? All his.

Yo La Tengo to release new single as shower curtain