Value within a capitalist economy isn’t indicative of an object’s ability to evoke a feeling, but rather of its utility. The durability of the material through weather and wear and its ability to change are factors intrinsic to determining value.

That said, how do we decide what objects are worth? That’s what noise-punk outfit No Age has, in an abstract way, attempted to answer. The LA band’s latest release, An Object, is an acute case study in value theory from the Dean Spunt-helmed clan of tinkerers and shredders.

Since 2008’s stunning Nouns, the band has traced an offbeat path for themselves, preferring to take the alley instead of a main road. Through helping to revitalize dormant downtown Los Angeles with all-age haunt The Smell, crafting reality-altering zines, and performing at benefits, No Age have proven that grassroots DIY movements can be progressive, even within a community of millions.

In the spirit of DIY, No Age embarked on a meticulous project with label Sub Pop that surpassed any kind of traditional marketing; the band themselves made the objects that would encase the aptly named An Object. They silkscreened and hand-made and thumb-pressed and licked stamps, all to see if this kind of thing was even still possible in a digital world.

Everything about An Object is emblematic of that careful approach, from the album’s long-drawn production process (the band’s last release, Everything in Between, was three years ago) to the steady crawl of guitars and violins on the record. The cover plays with punctuation at the end of the album’s title – each line conveying the possibility of what this album can signify. A period, a declarative statement. A question mark is dubious, skeptical to conform to one singular definition. Similarly, it could mean “to ob-ject” – like they’re stamping out any criticism of their project with steel-toed boots.

An Object, as a conceptual aesthetic project, borders on brilliant. Yet the music itself is not immediately captivating, like the thrash-curls of “Teen Creeps” or the rollicking dirge of “Fever Dreaming” on the band’s previous work. The tracks on An Object listen as unfinished fragments, like shards of beautiful, curlicued script tucked away in a black notebook, slowly gathering dust in a bottom desk drawer. An Object is No Age’s most experimental work to date, but easily their most bare. The songs are half-filled ideas, and lyrically far less narrative-driven than the band’s strong history of dream-punk ditties.

Although opener “No Ground” harnesses command with Spunt’s enrapturing voice, it’s all licks and little comedown, leaving the listener waiting for something that never arrives. “Does anybody really care?” Spunt squeals on the track, while guitars skitter behind him. It’s almost rhetorical, and sets an unfortunate tone on such a promising album — insecurity, which shatters the confidence of the project altogether. If you don’t care enough about it, why will anyone else?

By the next track, “I Won’t Be Your Generator”, it sounds like the boys are just plain spent, musically and otherwise. “C’mon Stimmung” will likely translate very well to a live setting, all ear-bursting squeals, odd time signatures, and deafening dissonance. “Defector/ed” and “Running From A-Go-Go” are both alike in that they resound as the album’s two-sided “Kashmir” – they linger but never dip or peak, save for a characteristic warble poking through at the very end.

But when the warble does set in, it’s a pleasant reminder of why No Age is a damn good band. “An Impression” features the unexpected entrance of violins, which effectively soften Spunt’s jagged lyricism and juxtapose nicely against guitars turned up to ten. The following “Lock Box” is more traditional No Age – a two-guitar assail, in medias res, with feedback sputtering like a used car’s rusted exhaust. The ambience of “My Hands, Birch and Steel” is an interlude late in the album’s tracking, slowing down an already slow climb.

The final track, “Commerce, Comment, Commence”, embodies the capitalist thesis of An Object. The track itself sounds like a transaction, a disquieting bookend to a confusing album in a confusing time. Sadly, it’s one that turns on its heels and shies away from capitalizing on its own ideas. 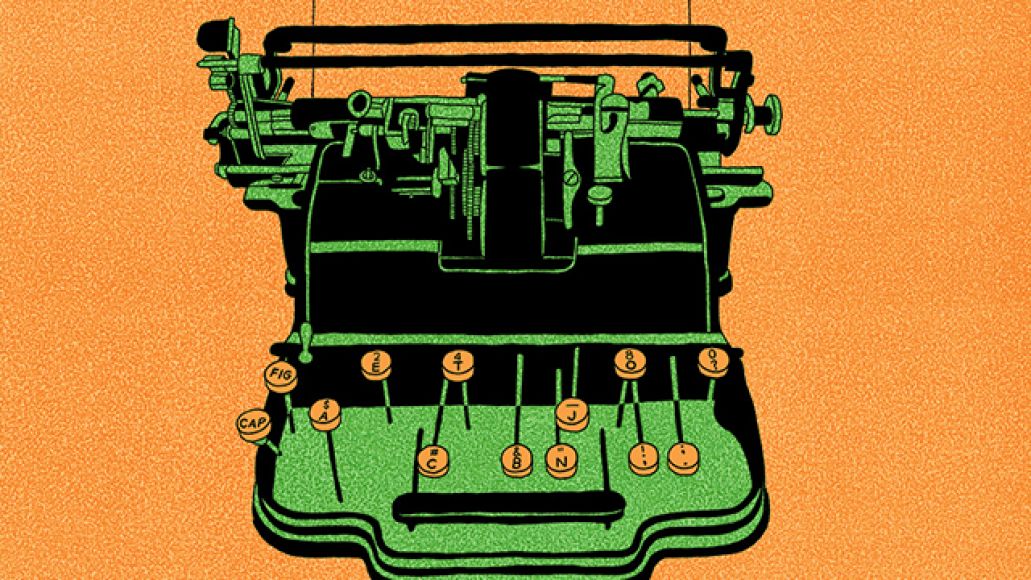 Album Review: No Age - An Object