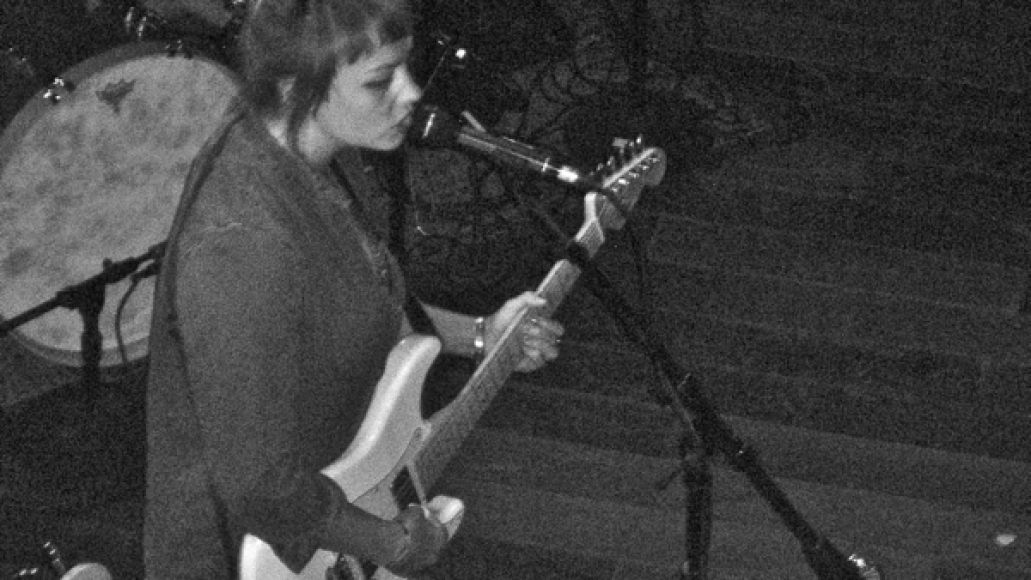 Angel Olsen spent the night before her last hometown concert as a resident of Chicago alone in her room eating ice cream, lighting candles, and balling to Neil Young’s On The Beach. The ice cream was Jeni’s Pistachio & Honey, Olsen even noted what state the honey came from (Ohio), and one can imagine by the time “Ambulance Blues” started its nine-minute wail, things were getting pretty serious. But, you know, sometimes you need that.

Olsen’s relaying of this story to a very supportive Lincoln Hall crowd Friday night felt about as close as a between-song anecdote can come to being a microcosm of an artist themselves. The story, much like many of her songs, is a build up that becomes very image-driven and amplifies to devastating by the end. But Olsen’s telling of the evening was self-aware and done with an almost dry comedic timing and dose of playfulness with the crowd, thus transforming what could otherwise be a real downer of a tale into a nice little moment of connection and lightheartedness that may have sold much of the crowd on a $12 pint and a Spotify connection as being likely the cheapest therapy on the market.

After the story, Olsen half-jokingly bemoaned the fact that people often ask her if she’s depressed. Given her musical output thus far, the question is somewhat understandable, but it’s also reassuring to see her in person and be relieved of any such worries. And odd as it may sound, these inquiries into Olsen’s emotional well being are likely backhanded compliments to her one of a kind voice, the instrument that makes her oddly hard to classify. There’s a timeless quality to a great deal of her music that sets her songs apart from almost any contemporary artist sonically, and yet there are sections like the light drum thuds and vocal chorus build-up in “Can’t Wait Until Tomorrow” that feel very of the moment. There are hints of country, blues, and folk, but also at times as much manipulation as one more readily associates with a cabaret vocalist, making basic comparisons seem mostly foolish. Olsen is a gifted songwriter whose words often weave together intricate tales of heartbreak and sorrow with an occasional hopeful undercurrent, but much of the emotional weight is covered by her voice itself and the range and downright eerie moods it creates the deeper one gets into these songs. 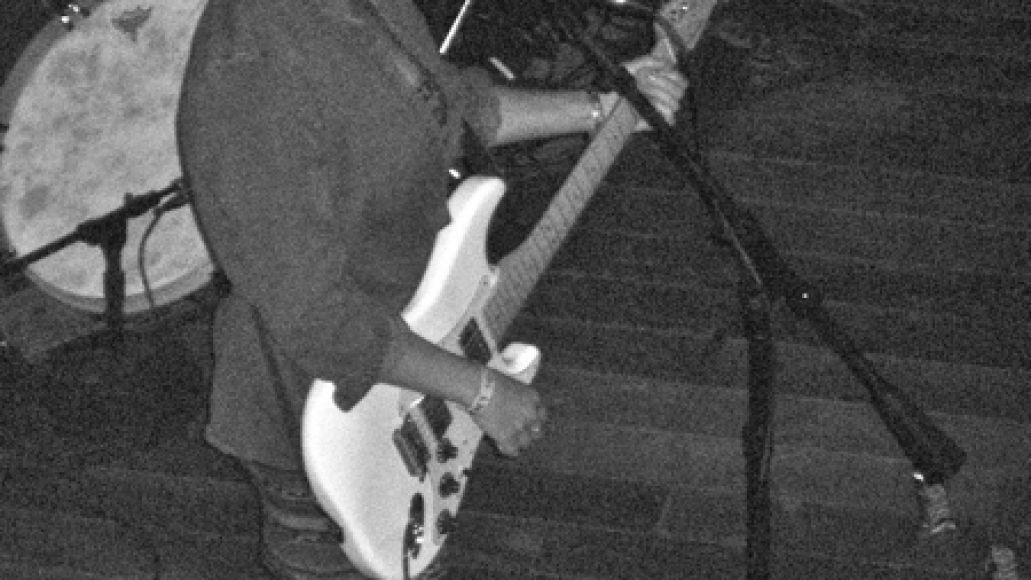 She started off the show with Half Way Home gem “The Waiting” and within a moment you’re enveloped. Olsen’s songs for the most part seem personal while remaining largely oblique, but there’s something undeniable about those pipes that transport you into pretty heavy territory. This is why, intentional or not, the banter and storytelling asides provide a nice balance to the songs. This isn’t to say that a more intense Olsen sticking strictly to the music and belting out these songs wouldn’t be a delight in its own way, but there’s a version of this that ends in the audience experiencing their own emotional cocoon. Instead, she’s able to weave seamlessly between the two moods, so much so that it eventually feels natural to have a bare bones track like “Miranda” sandwiched between an enthusiastic shout out to tater tots and a Twix bar giveaway in the audience.

It’s hard to tell whether Olsen feels exposed up there on stage with songs like “Sweet Dreams” that can come across as so immediately vulnerable (“Every time I close my eyes, something small within me dies…), but the rare bout of awkwardness usually just ends up endearing one to her. To be fair, it’s hard not to feel endeared toward someone who passionately spoke about her fondness for the aforementioned Twix only to share one of the bars with a girl in the first row before exiting stage.

Olsen has recently mentioned she’s leaving Chicago (to where she hasn’t disclosed), making this show likely the last she’ll play as a resident and a potentially emotional moment for the 26-year-old St. Louis native. But if this were the case, she showed little sign of it. Instead, there was evidence of the community she’s created in her time in the city. A portion of the audience was clearly made up of friends whose voice Olsen recognized from stage, she seemed eager for the familiar tater tots of Lincoln Hall and knew the names of much of the crew at the venue, and the show itself felt much more like an interactive conversation with the crowd than almost any I’ve attended.

Otherwise, very little was mentioned of her transition until she very casually noted that she was leaving town during the encore and urged us to keep an eye out for her sweet bike on Craig’s List. She closed with “Some Things Cosmic”, a lovely Strange Cacti track that creates this quietly haunting beauty that always sticks with me long after It has quietly faded out. It’s a shorter emotional journey than “Ambulance Blues”, but one that warranted the candles and ice cream no less.