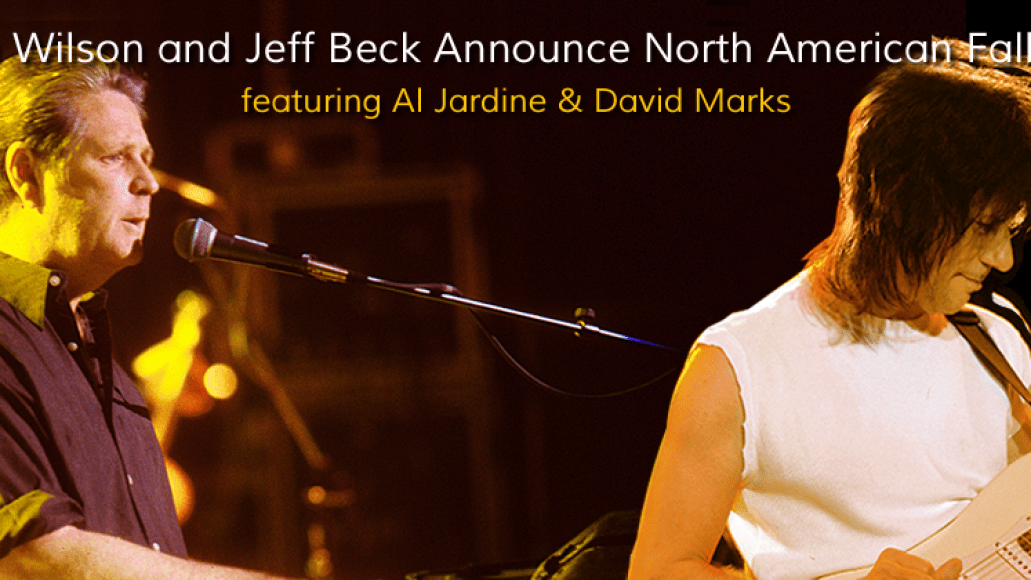 If Jay Z and Kanye are The Throne and Jay Z and Justin Timberlake are Legends of the Summer, then what’s that make Brian Wilson and Jeff Beck? You’ll have a few weeks to sit on that question as the pair of musical heavyweights don’t officially hit the road together until late September. But once they do, they’ll take a page from Ye and Jay and Jay and JT with a concert that’ll see them perform both solo and together.

“Brian will kick things off, but I’ll also be given enough time to establish what I’m about,” Beck told USA Today. “In the end, we’ll mix and match. It’s a complete honor to be on stage with him.”

The tour will also include The Beach Boys’ Al Jardine and David Marks.